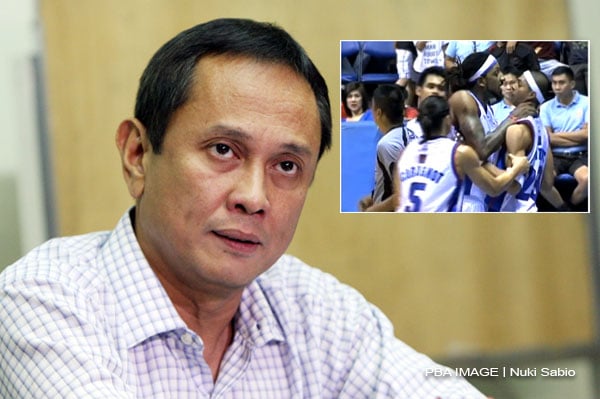 Below is the official statement of PBA commissioner Chito Salud on his decision:

For initiating threatening physical contact with a referee followed by a prolonged, offensive, belligerent if not aberrant on-court decorum directed toward game officials and his Petron team mates and superiors, including the head coach and assistant coaches, amounting to a blatant and utter disrespect for the game, his own ballclub, the League, the fans and his host country, import player Renaldo Balkman is hereby meted the following penalties :

In arriving at this decision, I took into consideration Balkman’s track record as a player, including the head-butting incident during a FIBA-Americas game between Puerto Rico and Venezuela and his altercation with the bench of the Alaska Aces during a pre-Season game in Cebu City.  I also took into consideration Balkman’s evident disregard for local and the host country’s sensibilities highlighted by his choking act on-court in full public view of his own teammate who was trying to pacify him.  Stiff as it maybe, this decision upholds the tenets of contextual accountability and the over-all interest of the League and the fans.

I do encourage passion for the game but I also want to firmly instill a culture of accountability among our players.  If one does something that violates the rules and the norms of sportsmanship and decent behaviour, he will be made accountable.

The value of accountability is important for me to uphold at all times.  I think it is key to this League’s continued success, the development of our players’ maturity and to their role as models to our fans,  especially the youth.