THE AERIAL VOYAGER IS BACK IN THE PBA
Close
menu
search

THE AERIAL VOYAGER IS BACK IN THE PBA 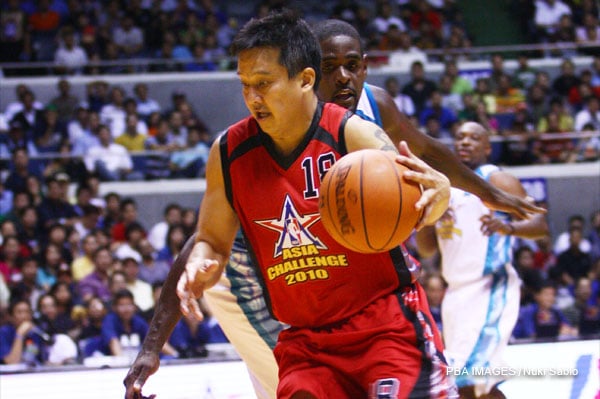 The Aerial Voyager’s latest flight will take him back to Air21.

Vergel Meneses, one of the PBA’s 25 Greatest Players and a former league Most Valuable Player, is bringing his act back to the Air21 Express starting August.

The current head coach of the Jose Rizal Heavy Bombers in the NCAA will become an assistant coach to Franz Pumaren, pba.ph learned from Express’ Board representative Lito Alvarez.

“He will join the squad starting August 1,” said Alvarez in a text message.

Meneses played the last few years of his career with the Express from 2002-2004 after a fruitful stint with the Barangay Ginebra San Miguel Kings.

Pumaren was asked his thoughts about having Meneses on board his coaching staff and the latter sees no problem with it.

“I heard that he wants to join the coaching staff because he wants to add this to his learning,” said Pumaren.

Meneses has close ties both with the Express management and the Pumarens.

His JRU squad was supported by Air21 during its maiden campaign in the PBA D-League.

He is also associated with Derrick Pumaren, his long-time coach who also serves as consultant to his college squad. (RJ)