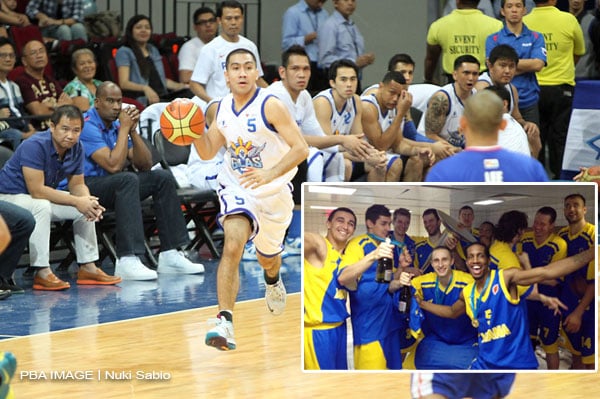 Coach Chot Reyes welcomes this opportunity to test the mettle of the Kazakh team, an old rival which is likely to stand on Gilas Pilipinas’ path in the knockout stage of the Asian world qualifier slated Aug. 1-11.

Gilas Pilipinas takes on Saudi Arabia to start its campaign in the Asian joust at the MOA Arena Thursday.

“Our performance Wednesday (against the PBA Stars) was a step back. I hope things would be different Friday,” said Reyes.

Gilas Pilipinas played flat in its first outing after its 10-day New Zealand training, needing a decisive fourth-quarter charge to repulse the PBA Stars, 99-87, Wednesday at the MOA Arena.

The Nationals look to regroup and regenerate positive vibes in their faceoff with the Kazakhs led by star center Anton Ponomarev.

“We know little of Kazakhstan but we know that they have a player by the name Anton Ponomarev who is NBA material and they also have a naturalized player in Jerry Johnson,” said Reyes.

Kazakhstan, one time bronze medalist in the Asian Games, is returning to Asian play after a three-year hiatus.

Ponomarev averaged a tournament third-best 9.6 rebounds as Kazakhstan finished ninth in the 25thFIBA Asia Championship in Tianjin in 2009.

Two years earlier in Tokushima, Ponomarev powered the Kazakhs to a fourth-place finish while putting in 17.6 points and 7.1 rebounds a game.

Starting his career with the Astana Tigers in the Kazakh league, the 6-foot-11 behemoth later brought his act to the Serbian league, playing for KK FMP Zeleznik.