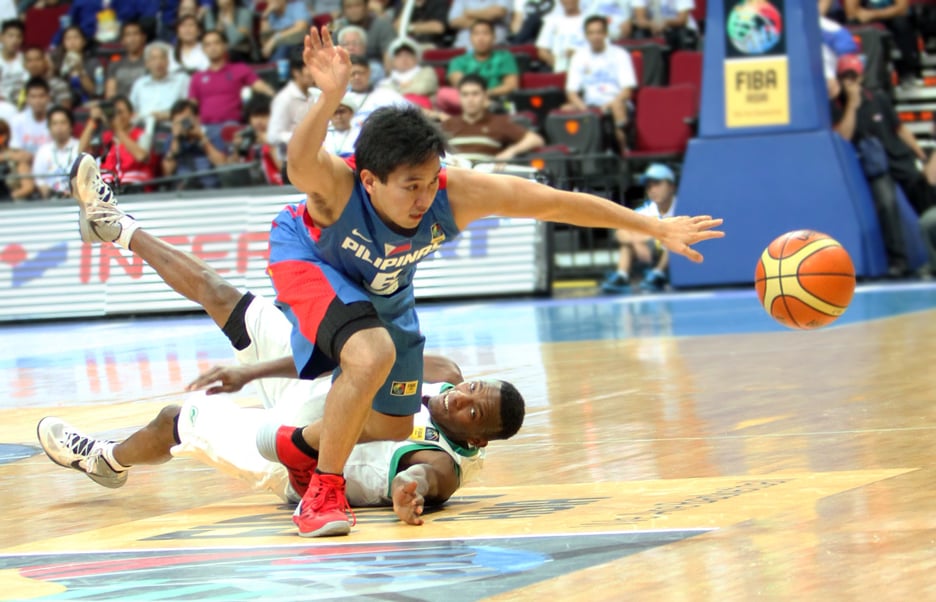 Following Jeff Chan’s torrid shooting exhibition against Jordan Friday night at the Mall of Asia Arena, the deadshot gunner will definitely be a marked man for the Philippine team in the FIBA Asia Championship.

Yeng Guiao, Chan’s coach at Rain or Shine, suggested that his player be used as a decoy in the next games and set up other players.

“Definitely, other teams have already scouted him and he will definitely be a marked man,” Guiao told pba.ph.

“This will be a good opportunity for him to be used as a decoy and enable the Philippines’ post players like Marcus (Douthit), Ranidel (De Ocampo), June Mar (Fajardo) and (Marc) Pingris to do their thing inside,” added Guiao.

“They’re being utilized correctly by coach Chot. I’m proud of the way they played and contributed to the win,” Guiao said.

Despite feeling the pressure of playing in front of a jampacked crowd at the Mall of Asia Arena, Chan and Norwood delivered in a big way against Jordan.

“I can understand the pressure, but it was a tribute to how tough they were, not just physically but mentally because that’s the way they were ingrained at Rain or Shine,” he added.

Chan topscored for the Filipinos’ with 17 points while Norwood’s lockdown defense limited Jimmy Baxter’s production as the Philippines won for the second straight night.

Head coach of the national team in the 2009 FIBA Asia Championship in Tianjin, Guiao believes his players can perform better in the games to come. (RJ)