GILAS PILIPINAS OUT TO GET BACK ON TRACK 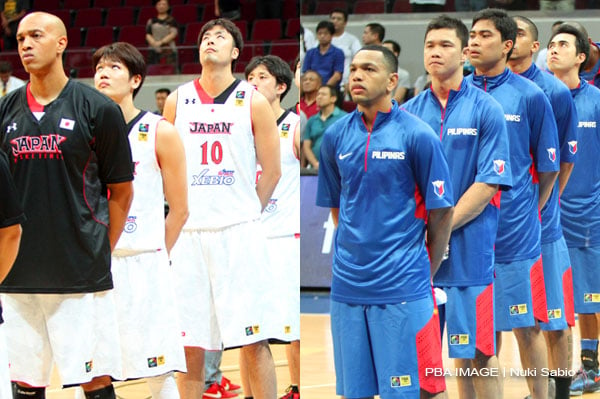 Taking a breather after their disappointing loss to Chinese Taipei Saturday, Gilas Pilipinas plunges back into action, tangling with old rival Japan at the start of the second round of elimination phase of the 27th FIBA Asia Championship at the Mall of Asia Arena in Pasay Monday.

The Nationals will be out to soothe battered egos and try to get back on track following their 79-84 defeat at the hands of the sweet-shooting Taiwanese.

“Priority is to put (Saturday’s) game behind us and get ready for Japan,” said Gilas coach Chot Reyes on the eve of the Phl-Japan faceoff.

Despite the loss to Taipei, the Nationals remain hopeful they can make a run that will give them good seeding in the quarterfinals on Friday.

“Second place (in the first round) means nothing. What’s important is the placing at the end of the second round,” said Reyes.

The Nationals, however, must regroup right away and regain winning ways against the Japanese if they would do contend for high seeding in the knockout stage.

Carrying over its first-round record, Gilas Pilipinas is in middle of the standings in Group E at the start of the second round.

Chinese Taipei and Qatar are in the lead at 2-0 while Team Phl is tied with Japan at 1-1 with Jordan and Bahrain at the tailend at 0-2.

The Nationals must be ready for the Japanese who are also considered medal contenders, pummeling Hong Kong, 76-59, and barely losing to Qatar, 74-75, in the first round.

The Japanese, two-time FIBA Asia champs, play like the Taiwanese, leaning on quickness and outside shooting.

Big threats from the outside are Kosuke Kanamaru and Naoto Tsuji, who combined for 6-of-11 three-pointers against Hong Kong.

The Japanese could have been the Group B top finisher if not for their endgame meltdown against the Qataris – Gilas’ similar fate against Chinese Taipei.