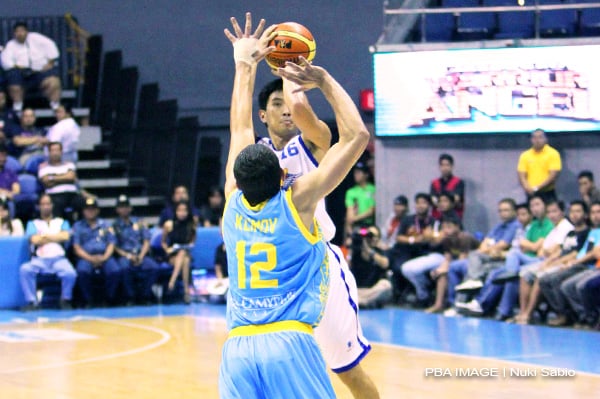 The country has never been this close to the world meet for ages, and there should be no more turning back for Gilas Pilipinas now that it has gotten itself in a good position for a breakthrough.

Two wins away from grabbing a sure ticket to the 2014 FIBA World Cup, Gilas Pilipinas will be out to step up its chase of the elusive dream in tangling with Kazakhstan in the 27th FIBA Asia Championship Final Eight at the Mall of Asia Arena in Pasay Friday.

Now in the perilous knockout stage of the regional world qualifier, the Nationals are promising nothing but to dish out their very best as they press their bid for a podium finish in their 8:30 p.m. battle with the Kazakhs.

Six other teams vie for a Final Four berth with Iranian up against Jordan at 3 p.m., Chinese Taipei against China at 5:45 p.m. and Korea opposite Qatar at 10:30 p.m.

A win over Kazakhstan gives them two cracks at making the 2014 FIBA World Cup in Spain.

Experts, however, are one in saying Gilas Pilipinas faces a tough challenge against Kazakhstan.

They say the Filipinos are dead meat if they play the same game they dished out against Hong Kong.

“They’re definitely taller and heftier than us. It’s not gonna be easy,” said Ryan Gregorio, another Gilas assistant coach.

“I think we’re up there match-up wise. But we have to come out with a lot of energy and set the tone right away. We can’t come out flat,” said Derrick Pumaren, consultant to the Hong Kong team.

“It’s more of the approach. Hopefully, they don’t take Kazakhstan lightly. They beat them in a tune-up match but this is a totally different game,” Pumaren added.

As they were dragged into a battle by Hong Kong, the Filipinos weren’t able to rest Douthit and De Ocampo Wednesday.

Johnson, Yevstigneyev and Dvirny sat out their game against Iran but may return to play versus Gilas Pilipinas.

The Philippines has an old score to settle with Kazakhstan, the team bumping the Filipinos out of the top three in the 2002 Busan Asian Games.

“Matagal na yon. At madalang silang mag-compete. That’s why it’s hard to scout them. It’s hard to read their game,” said Uichico, the mentor of that ill-fated 2002 Phl squad.

The nation is hoping Uichico and Gilas turn the tables on the Kazakhs here.