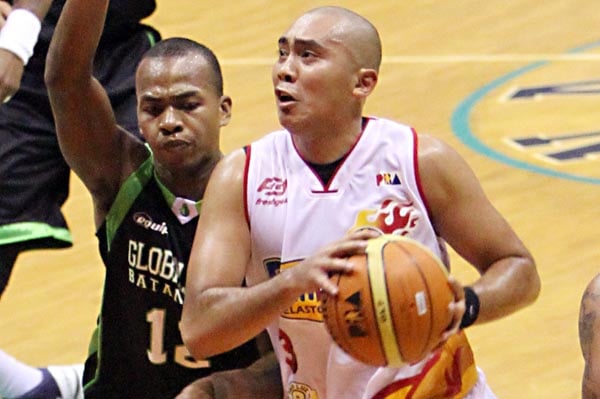 KEEPING his game sharp despite a long layoff is netting Paul Lee and, consequently, Rain or Shine nice dividends.

Last season’s Rookie of the Year has produced some fine performances for the Elasto Painters in the PBA Governors’ Cup, giving him the unanimous nod as Accel-PBA Press Corps Player of the Week for the period August 14 to 18.

In that span, the sophomore highlighted his all-around performance with averages of 13.5 points and 6.0 rebounds, helping head coach Yeng Guiao’s squad notch back-to-back wins that launched its title-retention bid on a very bright note.

Guiao is foremost among those pleased with the current game of Lee.

“Paul worked very hard in the off-conference. He deserves whatever success he is reaping right now,” said Guiao, who is personal witness to the amount of work put in by Lee after the Commissioner’s Cup last May.

“Consistency was a problem for Paul early in his career but he has matured and so has his game.  Paul is the future of this team.  We will hear a lot more from him,” added Guiao.

For the 24-year-old Lee, it was a matter of keeping his game attuned to what the team needs, especially with Jeff Chan and Gabe Norwood being rested following their Gilas Pilipinas stint.

The 6-1 combo guard was at it again two days later, scoring 15 points and seven rebounds in a more comfortable 94-74 victory over Globalport.