PBA SOARS TO GREAT HEIGHTS IN 2013 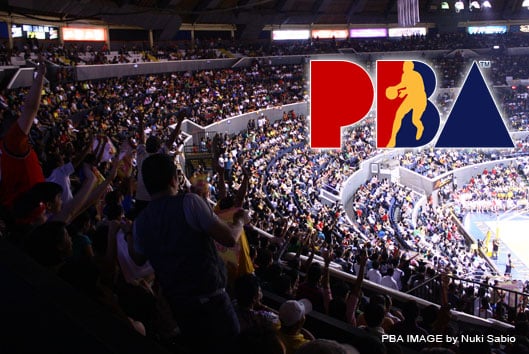 SYDNEY – In an astounding achievement that soared way beyond expectation, the Philippine Basketball Association raked in a whopping total gross gate sales of over P200 million in the season just past.

It was a monster hit with a great gravy in seeing PBA stars — making up the Philippine team – win the silver medal that glitter like gold in the FIBA Asia Championship in August.

The PBA led the way in the resurgence of Philippine basketball, and this encapsulates the chairman’s and the commissioner’s report to be presented in the PBA annual planning session at the Westin Hotel here.

“During the turnover of the chairmanship last year, I was apprehensive as Season 37 was a banner year. I just told everybody then that ‘I’m a fighter and we’ll do it’ with nary a hint we would surpass what we had achieved in 2011-2012,” said Non.

“The just concluded season proved to be a bigger hit in terms of gate attendance, gate receipts and TV viewership. And it also happened that the country qualified for the World Cup in the same year,” Non also said.

The league chairman said the commissioner deserved as much credit.

“Credit should also go to the commissioner. The board just set the programs and policies. He’s the one who carries everything out. He did with much success,” Non pointed out.

Salud, meanwhile, thanked the wisdom and full support of the members of the board and the team owners.

“I had no basketball background and experience to talk about when I came in,” he said. “Every time there’s a crucial, pivotal issue, I consulted and asked advice from them.”

The board and the Commissioner’s Office worked hand in hand to serve their mandate, and the league reaped enormous results.

“We saw banner season each year since the time we reverted back to the three-conference format in 2010-2011. And we are back in the mainstream of consciousness of the fans,” said Salud.

The league enjoyed tremendous increase in gross gate receipts in the last three years from P90 million in 2011, P114 million last year and over P200 million this year.

Another crowning glory for the league was all-time one-game record crowd of 23,436 that showed up in Game Three of the Ginebra-Alaska finale in the second conference.

Balanced and fierce competition was the main staple feeding the continuous growth of the PBA fan base.

For the record, six different teams made the finals in the 2012-13 campaign.

Salud also stressed that they’re listening to the fans and that’s why they took the lead in the formation of the Philippine team that made the grade for the world championship in the last Asian meet.

“We were in Guangzhou, in the stands as (the original) Gilas Pilipinas placed fourth. We said ‘okay, let’s support the team. PBA players formed the team that qualified for the 2014 world meet. It captivated the hearts of our basketball-crazy nation,” Salud said.

The PBA officials said they can’t rest on their laurels.

“Our mandate from the team owners is to make the games more exciting and be responsive to the fans,” said Salud. “

All league officials here are committed in their aspiration to sustain the league’s searing momentum and maintain the resurgence of Philippine basketball. (SB)

AI calls for withdrawal of gag order petition vs ABS-CBN