WELCOME TO THE SLAUGHTER HOUSE 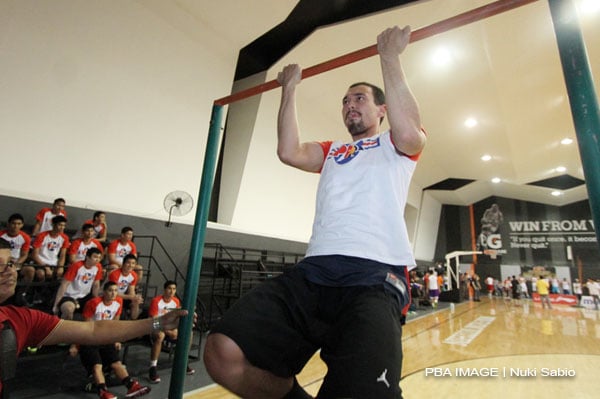 It will be Greg Slaughter’s day, and the 2013 PBA Rookie Draft can be called “the Slaughter House.”

The former Ateneo Eagle is leading the 2013 draft class, tipped to be the first player to be called up stage in the draft proceeding set to start at 4 p.m. Sunday at Robinson’s Place Ermita.

Also a foregone conclusion is Ian Sangalang and Raymond Almazan to be drafted next.

Then the difficult guessing game begins, and the excitement sets in.

It’s the first official business of the PBA in its new season under new chairman Ramon Segismundo of Meralco.

PBA commissioner Chito Salud presides the proceedings to be ushered in by the formal turnover of PBA board chairmanship from Robert Non of Barangay Ginebra to the new chair.

Then, the Ginebra Kings and Slaughter take the spotlight in the 2013 draft, bereft of suspense on who will be the Top Three but still exciting with a slew of trades expected to be made on the floor during the draft exercise.

Barako Bull is reportedly turning the draft floor to a trade market in its turn to exercise its rights on the Nos. 4, 5 and 6 picks.

The question is how will the league commissioner look at the trade proposals with time constraint.

Caguioa also stressed his preference for the team to make Slaughter the first choice from among the 79 players who made the final draft pool.

“Let me ask u. Would u drive to the basket if u see a 7’0 in front of u? Hell noh. Hehe,” Caguioa tweeted in support of a Slaughter pick instead of anybody.

Caguioa then hinted Ginebra has sealed a deal with Barako for the latter’s fourth pick. “And abut the 4th pick I really dot know who wer going to get,” Caguioa tweeted.

From 85, the draft roster went down to 79 after Jeff Viernes and Jess Mar Villahermosa withdrew their draft applications while Mark Joseph Berry, Japs Cuan, Jymel Chien and Ian Delgado were cut for missing the rookie camp without a legitimate excuse.

The pool, nonetheless, remains deep and balance with a great lineup of big men and with sprinklings of explosive wing players and talented guards.