WHERE ARE DANNY I & DANNY S? 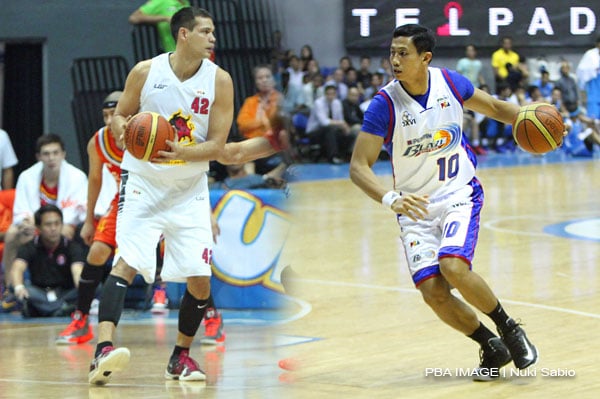 Have we seen the last of Danny Ildefonso and Danny Seigle?

Two of the best frontline players in the PBA the past decade have yet to find a home two days after the league unveiled its 2014 Season with a first-ever triplebill with games  in Luzon, Visayas and Mindanao.

lldefonso, a two-time Most Valuable Player, spent majority of last season recuperating from a dislocated shoulder. But a lot of people see him as playing an important role in developing of the game of big man June Mar Fajardo.

Petron Blaze coach Gee Abanilla and team manager Siot Tanquingcen were mum about Ildefonso’s situation. The 6-foot-5 pride of Pangasinan wasn’t included in the Boosters’ line up at the start of the season.

The Boosters, however, named only 12 players on their roster and can name two more players.

Seigle, a former Rookie of the Year, had a solid season with Barako Bull, but didn’t renew his contract.

Both Seigle and Ildefonso were teammates at San Miguel Beer and together they won six championships from 1999 to 2005.

Curiously, Seigle’s batchmates, Asi Taulava and Eric Menk, have made a return in the PBA.

Taulava made a PBA comeback in the season-ending Governors’ Cup following his successful campaign in the ABL where he led the San Miguel Beermen to the championship.

The 6-foot-9, Fil-Tongan said he’s happy to see his old rival, Menk, making a return in the league.

“I’ve watched him during the preseason in a game against Alaska. I’m happy to see him back. As for Danny, I think he deserves another shot, especially after his solid conference in the Governors’ Cup,” added Taulava. (RJ)