CROATIA FIRST ON TAP FOR GILAS PILIPINAS IN SEVILLA 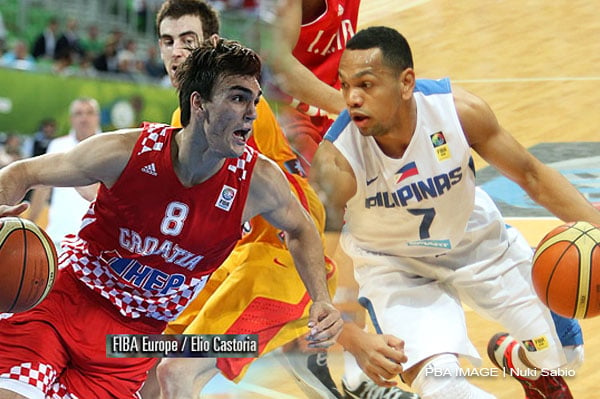 Gilas Pilipinas begins its campaign in the 2014 FIBA World Cup on August 30 when it plays Croatia at the 7,000-seat Palacio Municipal de Deportes in Sevilla, a two-hour train ride from Madrid.

Next up for the Filipinos are Greece on Aug. 31, Argentina on Sept. 1, Puerto Rico Sept. 3 and Senegal Sept. 4.

Gilas Pilipinas found itself in the second toughest group in the draw held in Barcelona Monday night (early Tuesday morning in Manila).

Senegal is ranked seven rungs behind the Philippines (34), but it’s surely not a patsy with its tall lineup led by seven-foot center Hamady N’Diaye of Rutgers University.

N’Diaye and company pulled off a 57-56 nail-biter over host team Ivory Coast to take third place in the FIBA Afro Championship.

Gilas Pilipinas needs to beat Senegal and pull the rug from anyone from among Argentina, Greece, Croatia and Puerto Rico to get a chance at advancing to the 16-team knockout stage.