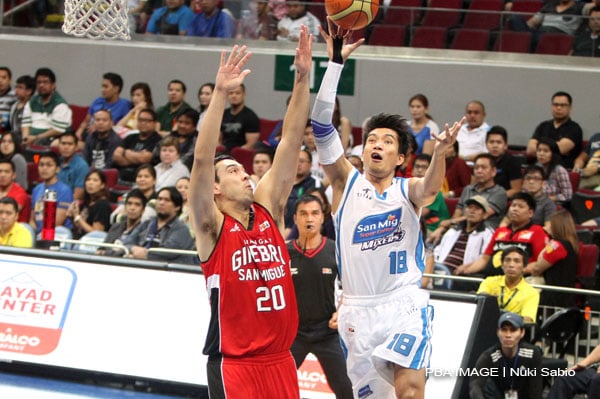 Number one overall Draft pick Greg Slaughter emerged as the top vote-getter after the first counting of the ballots for the 2014 PBA All-Star Game.

Reigning Most Valuable Player Arwind Santos of Petron Blaze sits at the third spot for the centers and forwards after bagging 13,614 votes.

Voting ends on February 28 with the top three center/forwards and the top two guards making up the starting unit of the PBA All-Stars that will go up against Gilas Pilipinas in the All-Star Game slated on April 6 at the Mall of Asia Arena.

The game is the highlight of the April 3-6 All-Star Weekend which will showcase the best basketball talents in the country in several activities on and off the hardcourt. (RL)