MOTHER OF ALL SUDDEN DEATHS 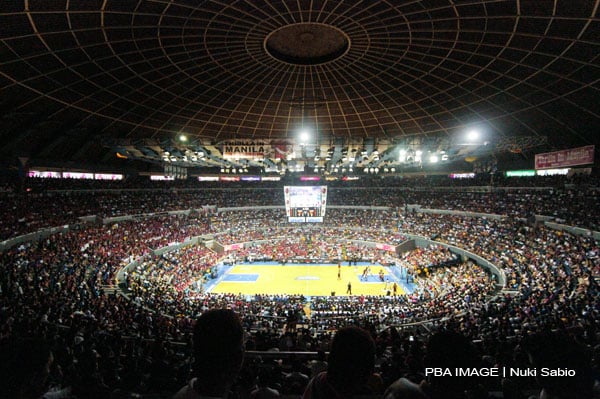 IT isn’t exactly like he’s tossing coins in a fountain. But Rain or Shine coach Yeng Guiao, who may be secretly yearning for payback, has reportedly expressed preference to face Barangay Ginebra San Miguel in the best-of-7 championship series.

If that’s the case, the Kings, who ousted the twice-to-beat Elasto Painters in the 2013 Commissioner’s Cup quarterfinals, will only be too happy to oblige. San Mig Super Coffee, of course, will have none of it.

Before midnight Wednesday, Guiao would know whether his “wish” has been granted.

Between that and the hours leading up to ‘finals before the Finals,’ the Kings and the Mixers go for the jugular in a do-or-die Game 7 to bring their PLDT myDSL PBA Philippine Cup semifinals to a blazing climax at the Smart Araneta Coliseum.

The winner earns the right to jump from the frying pan to the fire, taking on the well-rested Elasto Painters in a best-of-7 title showdown.

Game 1 of the Finals is Friday, with the two protagonists taking daggers to each other’s hearts on Valentine’s Day.

With the Mixers claiming Games 1, 3 and 5, and the Kings clinching Games 2, 4 and 6, the stage has been set for the mother of all sudden deaths at 8 pm.

The atmosphere will be electrifying and the Big Dome will be rocking as 20,000-plus fans are expected to cram the historic venue.

As fiercely fought as most of their matches in this semis have been, Game 7 should take intensity and expectations to bursting levels.

If the Mixers’ 79-76 Game 5 victory, fashioned by James Yap’s death knell 3-pointer, was like running the gauntlet, and Ginebra’s 94-91 Game 6 fightback akin to going through hell, the Game 7 will be a war of apocalyptic proportion.

Two nights ago, San Mig coach Tim Cone thought an epic combat was about to be averted.

“No doubt Game 6 was a tough one for us to swallow,” said Cone. “We felt we had it and then it was ripped away from us. Credit to Ginebra. But it’s been a great series, a tough series with a lot of drama and it seems only fitting that it should go this far. As my daughter always reminds me, the best two words in sports: Game Seven.”

“Game 7 na ‘to. Kailangang ibigay na lahat. No need to save any amount of energy,” said Agustin, who added patience and aggressiveness will be their main weapons.

Agustin got a big hand from a most unlikely source, especially in helping lift the spirit of beleaguered point guard LA Tenorio.

Censured by the Ginebra faithful – and his fellow Ateneans – in the aftermath of the Kings’ Game 5 loss, Tenorio redeemed himself with a gut-wrenching performance in Game 6 as he backstopped superstar Mark Caguioa (21 points) and 6-foot-11 rookie Greg Slaughter (20, 11 rebounds).

Jaworski, who played and coached Ginebra at the height of its phenomenal popularity in the ‘80s, attended Game 6 and stepped into the locker room at halftime, with the Kings trailing, 50-41, to offer words of encouragement.

According to those inside the dugout, the Big J had urged the Kings to stay aggressive defensively, focus on the job at hand and to never stop communicating inside.

Clearly roused by the dressing room visit of the man who stands at the center of Ginebra mania, the revved up Kings returned in the second half and engineered a roaring comeback in the third quarter, outscoring the Mixers, 32-24, and setting up the cliffhanging finish.

Yap, 1-of-6 from 3-point range, again had the fate of the Mixers placed in his hands. But the two-time MVP was short on a way-out triple at the buzzer and was silent on a crucial foul called on him with 16 seconds left that sent Caguioa to the line for two free throws that made it, 92-91, for the Kings.

He was also quiet on their chances in Game 7.

His frontline partner Marc Pingris, who had 20 points and 6 rebounds, was less guarded in his optimism however.

Pingris wasn’t the first in the bold prediction department.

Jayjay Helterbrand, who drained a big 3-point shot during Ginebra’s third quarter rally, had earlier guaranteed a Kings victory in Game 6, a pledge 14,473 inside the Big Dome saw fulfilled before midnight Monday.

With the stakes sky-high and the odds greater than ever in Game 7, it’s now the Mixers’ turn to back up their man. And Pingris will demand nothing less.

A key factor for Ginebra will be its defense on Mark Barroca, PJ Simon and explosive rookie Justin Melton who have had their way against their Kings counterparts.

Another will be Ginebra’s ability to break up San Mig’s triangle offense and backdoor plays which time and again caught the Kings looking the other way.

Tenorio setting up play from the top and Caguioa and Slaughter posting up can also only go so far in giving the Mixers defensive problems.

For the Kings to be able to open up the middle for the high-leaping Japeth Aguilar, Slaughter and JayR Reyes, patient ball movement and weak-side picks will be of the essence in setting up their shooters, including Mac Baracael (3 of 4 triples), Helterbrand and Tenorio, for open looks and drive-and-dish penetrations.

And somewhere out there, Yeng Guiao will be watching as the Kings and the Mixers tear each other apart, waiting to see which of his coins the wishing well would bless.