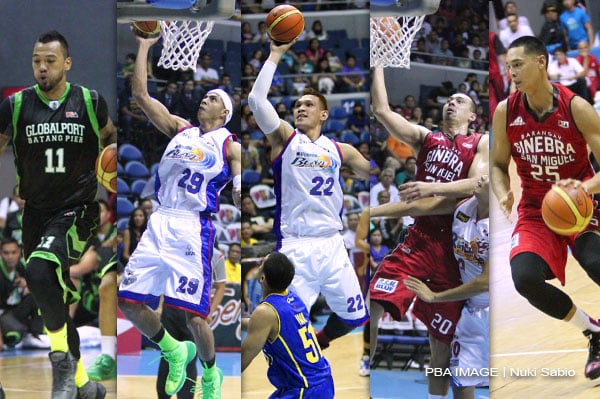 Petron Blaze sophomore center June Mar Fajardo, staying the stats race leader at the end of the semifinals, banners the official list of candidates for the Best Player of the Conference award in the PLDT myDSL PBA Philippine Cup.

They now contend for the award through the balloting of PBA officials, players and the sports media. The BPC winner will be named before Game Four of the Rain or Shine-San Mig Coffee series on Feb. 21.

Fajardo led all comers with an average of 38.8 statistical points per outing while Santos finished second (35.8), improving from a tie for third place with Slaughter through the elimination round.

Santos and Washington are in the running for a third and a second BPC award, respectively.

Rain or Shine, meanwhile, proved to be a real balanced unit as not a single RoS player landed in the Top 20 though rocketing into the Finals on a 16-4 win-loss ride from the elims.

San Mig Coffee, the other team making the best-of-seven titular series, is led statistically by guard Mark Barroca, No. 8 in the overall stats race with an average of 29.0.

‘A day in the life of frontliners’: Twelve-year-old girl creates a COVID-19 related illustration