SERIES WILL BE WON BY MAKING STOPS – COACH LUIGI 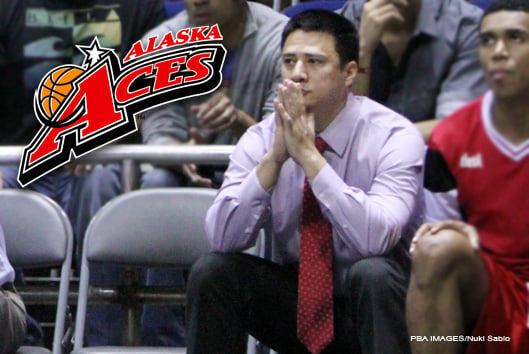 With Rain or Shine taking Game 1 of the PLDT myDSL PBA Philippine Cup Finals, 83-80, courtesy of a Paul Lee game-winner, Alaska coach Luigi Trillo sees that the best-of-seven series between the two squads will be a defensive chess match.

“This series wouldn’t be won by outscoring your opponents. The game will be won by making stops,” Trillo said.

With two seasoned coaches in Tim Cone and Yeng Guiao, the Finals picture really promises to be decided by who’s going to make the better adjustments for the games.

“Rain or Shine has the fresher legs. Coach Yeng is trying to be unpredictable cause he started two of his rookies in Game 1 and he’s shuffling his guys. The longer the series goes, the more of an advantage it is to them,” he said.

“On the other hand, Coach Tim is trying to be creative. He rested James (Yap) and didn’t put him until the final three minutes of the game. He’s trying to squeeze out the most in his second group because he needs the legs from those seven or eight guys in his rotation. Even if they lose Game 2, they can still come back.”

Facing a one-game disadvantage, Trillo weighed on the situation of San Mig and noticed a few wrinkles that could equalize the series for the Coffee Mixers.

“San Mig has been using this big line-up with Joe Devance and Paul Lee is the one who’s defending him. Joe gets irritated by the defense which results to turnovers and Rain or Shine is willing to push the ball whenever they can,” he said. “(San Mig) has to utilize their three-guard line-ups to counter this, and they have to be aggressive. At this point, watch Joe and he’ll be getting to the post more. Rain or Shine wouldn’t be able to capitalize on their running game.”

“They also need more aggressiveness from Simon, Barroca, and Yap. They have to get going cause they’re their strength. If you look at the Ginebra series, they were the ones who did most of the damage. At least two or three of those guys should get going and you have to look out for those guys. And they also need a post presence from either Pingris or Rafi Reavis.”

With Trillo learning the ropes from Cone, he knows all too well what his mentor can put into the table, and that is no less than their defense.

“San Mig’s defense has been known for putting the clamps on their opponents and making stops, and they have to, because Rain or Shine is a very tough opponent because anybody at any point can be a threat,” he said.

Though he sees the series going a long way, Trillo gave conditional answers on to whom he thinks will win the title.

“Its very hard to say, but I think the series will be a long one, around six to seven games,” he said.

“If it goes the distance, I have to say San Mig. If it ends on six, it should be Rain or Shine.” (RL)