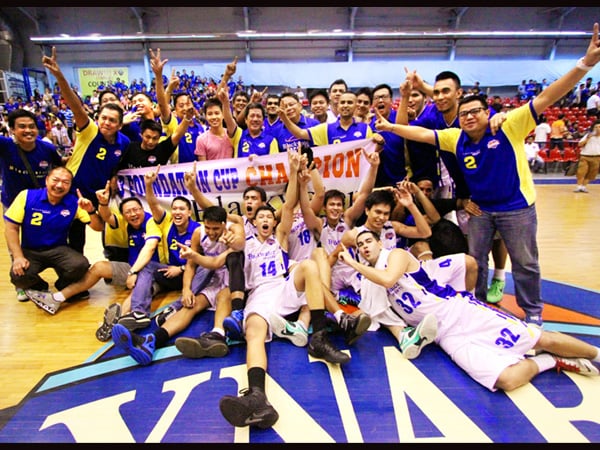 Let me get one thing straight – I am all for expansion and, in fact, I believe it’s a little overdue. The benefits of having a bigger PBA are not lost on any observer or fan of Asia’s first play-for-pay cage league. On the surface, it means more jobs for players, coaches, managers, and pretty much every person involved in the daily running of a professional sports franchise(e.g. the guys who do the “dirty work” during practice or the guys in the backend who take care of the paperwork). It’s easy to say expansion is a no-brainer, and it will bring the league to unprecedented heights of awesomeness.

For a moment, however, let’s look at the other possibility – that expansion might do the exact opposite of what is intended and what we all hope.

It’s possible, of course, and there are more than a few cautionary tales of leagues expanding too fast for their own good.

But, hey, wait a minute, this is the PBA – a league that has stood the test of time. It’s the world’s first pro basketball league outside of the NBA. It’s definitely the most well-run pro hoops league in this side of the world (take it from a FIBA Asia geek, folks). It has seen the rise and fall of more than a handful of presidential administrations. It survived the challenge of a rival league (the MBA) more than a decade ago. It survived a slew of scandals (e.g. the Fil-Sham controversy, game-fixing rumors, and allegedly “rigged” transactions come to mind).

And here we are now. The PBA hasn’t been this popular in a long time. It certainly hasn’t been this profitable in a while, too. Like what Commish Chito Salud and current Chairman Ramon Segismundo have said, this is the perfect time to join the PBA.

So what’s all the fuss about this quite possibly blowing up in our faces?

And like any risk, expansion can lead to the current PBA bubble actually bursting.

How about some illustration, eh?

Take a look at the Japanese Basketball Association (JBA), which is currently mired in unprecedented depths of limbo (yes, despite having a brand-spanking new, or rebranded, pro league – the Japan National Basketball League). The JBA manages two pro leagues – the Japan-NBL (formerly the JBL) and the BJ-League (Basketball-Japan League). Currently, the NBL has 12 teams (with a 13th one on the way next season), and the BJ League has 21 clubs (with as many as 3 more squads joining in the fall). This is very interesting, since the BJ League sprouted less than ten years ago with just 10 teams. Now it has more than doubled in under a decade! Now THAT is fast growth!

But too fast, you say? Yes.

Right now, the BJ League is beset with problems, not least of which is the fact that many of their best players keep on moving from the BJ League to the JBL/NBL. Because the BJ League allows not just one or two, but as many as four imports in one team, local talent is severely diluted and many Japanese players opt to either switch to the JBL/NBL or quit pro hoops altogether.

With the league expanding to 24 clubs by mid-2014, this problem will probably persist rather than dissipate.

Now, is this something we might see in the PBA? By all indications, probably not, unless the league gets too greedy moving forward, or there are no new policies that will further improve parity across all teams.

A good thing, right? More jobs, right? Guys like LA Revilla and Reil Cervantes will probably get call-ups, and we might even see Ken Bono or even Khasim Mirza in an actual PBA game.

But this could also happen: the expansion teams join a few other current PBA clubs perpetually mired in the cellar. Consequently, and contrary to expectations, the league’s fan base doesn’t grow proportionally. This leads to a thinner share of the pie for everyone, and disgruntlement rules the Board.

Since the PBA is not geographically-based, the only draw of teams is to achieve a winning status. They cannot lean on “loyal” fans like what currently terrible NBA teams like the Utah Jazz do. Perennial losing means hardly any fans will patronize a team/brand. Whatever potential star found in the expansion teams might even be funneled into the traditionally stronger franchises, especially if these teams happen to be affiliates from the same conglomerate (Has this ever happened before? What do you think?).

In the end, even with 12, 14, or even 16 teams making up the PBA by, let’s say, 2020, it’s quite possible that we will still be watching Conference Finals between Ginebra and San Miguel, or Talk N Text and Rain or Shine – the same old teams and the same, rehashed storylines.

Of course, this is but natural in pro sports. Expansion teams will really tend to flounder in their first few seasons till they luck out on that franchise-defining player who can take them to new heights. Eventually, maybe a team finds a gem (like what happened to Toronto when they picked up Vince Carter), wins a ton of games, and becomes a title contender, but a team may also find a gem (like what happened to Vancouver/Memphis when they picked up Pau Gasol), becomes a middling Playoff team, and eventually trades that gem for a gun-toting whackjob (read: Javaris Crittenton).

The main thing here is that if the PBA really wants to succeed in its foray into expansion (after more than a decade of NOT expanding), then the league must not only scrutinize the legitimacy of the interested companies’ bids, but also make sure that the factors that have enabled the league to reach its current heights (e.g. relative parity, a focus on high-stakes games, great media mileage) remain relevant. If expanding will only lead to a bubble of doormat teams who are little more than farm teams for the traditional powerhouses, then, well, why expand in the first place?

Other aspects of the league like adjustments in scheduling (maybe more teams means more out-of-town games, or at least one PBA game each day?), the direct-hire of D-League players, the expansion draft, and even foreign reinforcements (will it be possible for expansion teams to have no height restrictions when hiring imports?) will also add to the expansion puzzle.

It’s an infinitely more complex issue than what is currently being reported, and I definitely hope the PBA’s prime decision-makers, with their collective experience and wisdom, will take steps in the right direction.

Enzo Flojo has been writing about all things basketball for quite some time now. You can read more of his stuff on his nationally-recognized blog, HoopNut.com, on the college hoops site, InboundPass.com, on Rappler Sports, on Asia-Basket.com, or you can follow him on Twitter — @HoopNut.