THE TOP FIVE PBA POWER FORWARDS OF THE 2014 SEASON

Being a power forward in the PBA is a little difficult simply because the position is just so loaded with talent. Proof? Four guys on this list are among the ten most efficient players in the entire league. That just tells you how top-heavy this spot is for PBA teams. In this list, we have the classic power forwards – those who bang bodies in the paint and get rebounds like crazy – and the more nouveau stretch forwards – those who can put the ball on the hardwood and space the floor with their perimeter shooting.

Without further ado, here they are – the top five power forwards of the entire 2014 PBA season (as always, this is based on the Player Efficiency ratings):

A lot of people would want Ping to be much higher on this list (say, #1?), and they wouldn’t be wrong. Statistically speaking, however, Ping takes a hit because so many players on San Mig Coffee play well. Put this guy on most of the other rosters, and he’ll be a double-double beast for sure. On SMC, though, he’s content being an occasional scorer and the team’s primary defensive stopper. Still, don’t sleep on the fact he’s probably the best passing PF out there (nearly 3 assists per outing) and, well, 50% from the field is always a good thing.

RDO is the perfect balance between a classic and a stretch PF. Everyone knows he loves to mix it up down low, but everybody (the entirety of Asia actually) also knows that he can wax hot from beyond the arc at the drop of a hat. He was the Best Player of the Govs’ Cup for good reason, and he remains to be one of the best PBA cagers out there bar none. I mean, two treys a game and 82% from the line? #Insane #Unfair

J-Wash’s numbers may have been a little padded because he’s not exactly playing for a contender, but the fact remains that he was among the most productive players this past season. He’s a constant double-double threat, plays the passing lanes well (about the only thing he does well on defense), and is a streaky sniper. He’s like a less-consistent version of RDO, only he has slightly better stats.

Japeth is coming off his best PBA season ever. He averaged career-highs in scoring, rebounding, assists, blocks, and field goal percentage. Yes, we can all criticize Ginebra for its “larong mayaman” tendencies, but the reality is Japeth is a really promising prospect for the future. His tandem with Greg Slaughter up front should be even more dangerous in the next few seasons, especially if Aguilar can continue developing his midrange game and being aggressive. 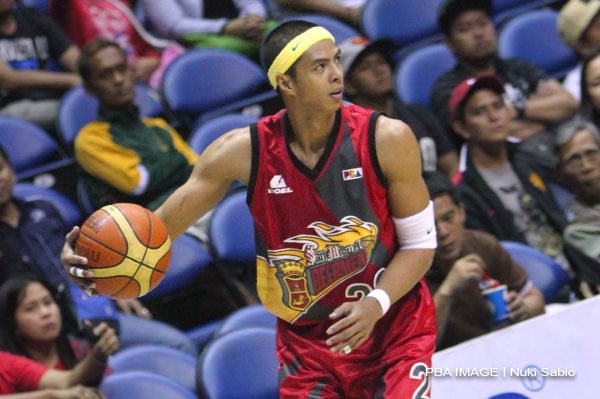 The much-maligned 2013 MVP actually had better numbers this season than he did last season, but no way he’s this year’s MVP. Though Santos’s image as an inconsistent and “non-clutch” player will always stick, his numbers should speak volumes about how productive he has been for the Beermen. Despite the presence of league MVP June Mar Fajardo, Santos continues to fill the sheet for SMB, and that’s enough (statistically) to make him this past season’s best PBA power forward.

Enzo Flojo is new here on the PBA site, but he has been writing about all things basketball for quite some time now. You can read more of his stuff on his nationally-recognized blog, HoopNut.com, on the college hoops site, InboundPass.com, on Rappler Sports, on Asia-Basket.com, or you can follow him on Twitter — @HoopNut.