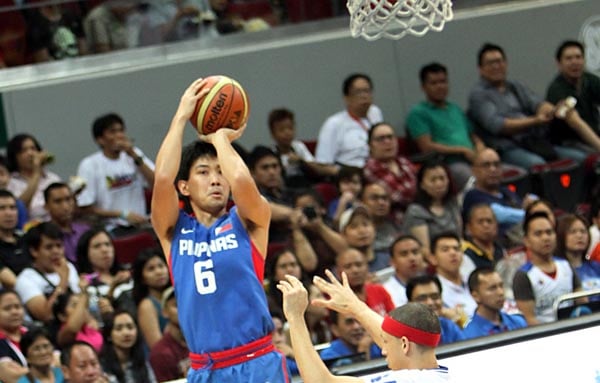 SEVILLE, Spain – Mount Croatia was there for the conquering. And had it not been for a most unfortunate slip late in the climb and so close to the summit, the Philippine flag would have been planted atop Group B of the 2014 FIBA Basketball World Cup Saturday night at the Palacio Municipal de Deportes San Pablo.

Gilas Pilipinas nonetheless sent shock waves crashing through the nerve centers of its next four preliminary round opponents, mainly Greece and Argentina, whose chief strategists must have rushed back to their war rooms to upgrade their offensive arsenal and modify their defensive game plans against the second best team in FIBA Asia.

After watching the Philippines, behind naturalized player Andray Blatche, put the fear of defeat in the hearts of the world No. 16 Croatians before succumbing in overtime, 81-78, the impact could have even reached as far off as Incheon in South Korea where grand designs are apparently being hatched to keep the former Brooklyn Nets center and two other Gilas players – Gabe Norwood and Jared Dillinger – from being part of the national team that will gun for the gold medal in the 17th Asian Games later this month.

And they have tons of good reasons to do so.

Not only did Gilas Pilipinas blow away all negative vibes hurled its way, especially following some lopsided losses during its tuneup games in the run-up to the global tournament it hasn’t been a part of for nearly four decades, it also staked a legitimate claim to a potential Round of 16 appearance with the rest of world’s best.

The Nationals still need to win at least two of their next four games, but the Greeks, Argentines, Puerto Ricans and Senegalese, who follow next in that order, now know the Philippines would be darn hard to deny.

For 40 heart-pounding minutes and five more in the extra period, Gilas Pilipinas’ full potential was in glorious display.

Of course, so was Croatia’s.

Down by three late in regulation, 69-66,  the Croats, who are pegged to beat the Philippines by 30 points only to find themselves wallowing in neck-deep upset waters in the waning seconds, managed to pull together to tie the game on a 3-pointer.

They regained the lead, 71-69, but Jayson Castro, barely able to take a step a few weeks ago after badly spraining his ankle, scored on a beautiful floater to level the score, 71-all, triggering mild erosion down Mount Croatia.

Jeff Chan, whose 3-pointers earlier had kept the Nationals in the thick of the fight against the  behemoths from the former Yugoslavia, got the ball with the label “Hero” painted all over it, but failed to put the Croats away with a long 2 at the buzzer, sending a frazzled and breathless Filipino nation in a swoon.

Clearly, however, that was the one that got away.

The Philippines wouldn’t come as tantalizingly close to producing a blast that would be heard around the world, even after Blatche, who finished with 28 points and 12 rebounds in a performance that all but erased memories of Marcus Douthit from the Filipino’s basketball psyche, had drilled a 3-pointer that cut a four-point deficit to 79-78 with 7.6 seconds to go.

Instead Gilas Pilipinas ignited a far deafening explosion, especially when an apparent foul on a 3-point shooting Castro at the buzzer was ignored by the referees after Croatia’s man of the hour Bojan Bogdanovic (26 points) hit two free throws to make it a 3-point advantage.

“The ref called a technical foul that I couldn’t believe (towards the end of the third),” said national coach Chot Reyes. “The ref said Jason was flopping. The guy is 5-10 and he’s guarding a 6-5. How can that be a flopping? That’s the difference. If not for that technical foul, we could have won the game.

“The game wouldn’t have gone into overtime. The refs called a technical. Croatia made the free throws then made a three at the buzzer. That’s five points and that’s the difference in the game. We just kept on fighting. We know Croatia is very tough and we just wanted to keep on fighting.

The Greeks are next.

At the ungodly hour of 2 a.m. Tuesday (Manila time), the Philippines faces wild card Greece in what could be one of Gilas Pilipinas’ best three shots at pulling off a shocker.

With a six-hour time difference, the Greece-Philippines Group B game is set at 8 p.m. here following Argentina vs Croatia at 1:30 p.m. local time and Senegal vs Puerto Rico at 5:30 p.m. While the schedule could be hellish for Filipino fans, the schedule should be a little less bewitching for the Nationals who are acclimatized by now to the waking hours in the city, 2 ½ hours by train southwest of the capital Madrid.

Seville is historically linked to the Philippines. It was from here in 1519 that Portuguese explorer Ferdinand Magellan departed for the first circumnavigation of the Earth. Two years later on March 16, he reached the island of Homonhon in what is now Eastern Samar and from there proceeded to Mactan in Cebu.

That piece of history aside, Gilas hopes to wave the Philippine flag to celebrate a much more recent feat of achievement – a victory over the 2006 FIBA World Cup silver medalist.

But the task, like cleaning the Augean stables, would be Herculean.