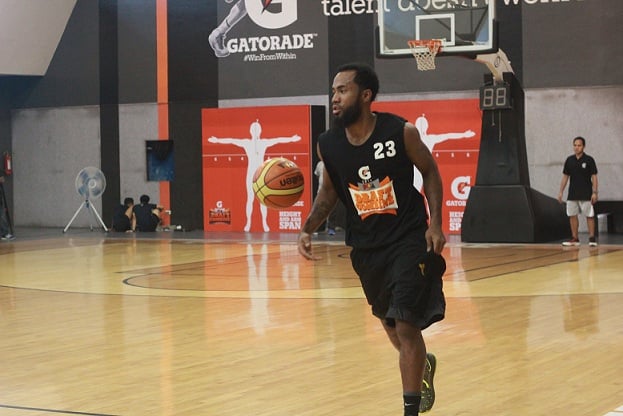 The GlobalPort Batang Pier didn’t exactly have a sterling sophomore campaign in the PBA during the 2013-2014 season. They bid adieu to veterans Gary David, Willie Miller, and Sol Mercado. They had conflicting talents Terrence Romeo and RR Garcia manning the backcourt together with fish-out-of-water old-timers Alex Cabagnot and Jay Washington. They had Richie Ticzon start the season as interim coach, and then he gave way to former UST Growling Tigers mentor Pido Jarencio in the Commissioner’s Cup. Mikee Romero’s franchise finished seventh seed in the 2013-2014 Philippine Cup, but they fared much worse in the latter two conferences. GlobalPort won a grand total of two games in the Commish and Govs’ Cup and ended its season with a cumulative win-loss record of 7 victories against 26 defeats.

Needless to say, GlobalPort is not really a team that triggers a lot of inspiration.

But all that is about to change with the entry of former Penn State Nittany Lion, former US NCAA NIT champion, and ABL champion Stanley Pringle.

This early, and even without a single official regular season game being played yet, the top overall pick in the 2014 PBA Draft is already being considered the leading candidate for Rookie of the Year honors. More importantly, though, he might just be good enough to be the catalyst of a potentially big turnaround for the Batang Pier.

Don’t get me wrong, Pringle is no one-shot panacea for GlobalPort’s variety of ills, but his winning mentality and wide skill-set will definitely give the beleaguered young franchise a much-needed boost.

His pairing with shot-magnet Terrence Romeo is something many people balked at as soon as Pringle was picked, but it might actually work. When Pringle was a star in the ABL with the Indonesia Warriors, he was paired off with another trigger-happy star guard, Mario Wuysang. Wuysang averaged about 12 shots per game in the 2012 ABL season, while Pringle normed around 14. Together, they averaged about 30 points per game, leading the Indonesia Warriors past the San Miguel Beermen in the ABL Finals.

Last year in the PBA, Terrence Romeo averaged around 11.5 field goal attempts per ballgame. It stands to reason that Pringle will probably put up double-figure attempts, too, especially given how coach Pido Jarencio likes his guards at the forefront of his offense. This is a recipe for maybe one of the streakiest combos in the entire league — one that might go ice cold for an entire game, but also one that can catch fire at the drop of a hat and light up even the fancied teams any given night.

By no means is Pringle going to be a sure-fire ROY-MVP threat like Calvin Abueva was two seasons ago (it’s possible, but not probable). He doesn’t look to be the kind of guy who will lead the league in assists (Alex Cabagnot should still be GlobalPort’s primary playmaker), and his partnership with Romeo will definitely yield some sour results. He does, however, possess the kind of aura that, with a couple of complementary pieces and a little bit of luck, can turn a franchise’s fortunes around.

For a team like the Batang Pier, that’s exactly what the doctor ordered.