HAVING ASIAN IMPORTS IN THE PBA CAN BE A GOOD THING 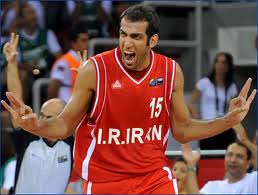 In a recent online article, it was revealed that the PBA was mulling the possibility of having, among other proposals, Asian imports in one of the reinforced conferences.

At the onset, Asian imports will definitely add a different flavor to the PBA. The league’s millions and millions of fans are already used to imports who ply their trade in the States and in Europe (usual suspects like Gabe Freeman, Denzel Bowles, Marqus Blakely, Arizona Reid, Rob Dozier, Evan Brock, and Paul Harris come to mind), but it would be quite interesting to see if our Asian neighbors can also hack it in our pro circuit.

It definitely wouldn’t be the first time that Asians would be playing as imports in other Asian leagues. This phenomenon has, in fact, been happening for a long time, especially in countries like Lebanon, Jordan, and China. In the PBA, the only Asian import who was recently employed, as far as I can remember, was naturalized Lebanese Jackson Vroman, who donned the Ginebra jersey in the 2012 Commish Cup (rumors have it that other former imports like Jarrid Famous, Nick Fazekas, and even Freeman almost became naturalized players for other Asian countries, but things fell through). In eleven games, Vroman normed 16.6 points, 12.0 rebounds, 4.1 assists, 2.4 blocks, and 1.4 steals per game.

In pro leagues in Lebanon, Jordan, and China, having Asian imports has pretty much been par for the course. Iranian big man Asghar Kardoust has seen action for Champville in the Lebanese league, Palestinian star Sani Sakanini has played for Alriyadhi Amman in Jordan, Qingdao in China, and the Hoops team in Lebanon. Jordanians Sam Daghlas and Zaid Abbas have seen action for several teams in the CBA, too. The same can be said for Iranian dynamic duo Samad Nikkhah Bahrami and Hamed Haddadi, who played for the Fujian Sturgeons and the Sichuan Blue Whales in the 2013-2014 CBA season. And then there are the Taiwanese players who have been signed in different mainland Chinese teams as well (most notable are Yang Chin-Min of Shanghai, Jet Chang of Sichuan, Tseng Wen-Ting of Shanghai, Lin Chih-Chieh of Guangsha, and Lee Hsueh-Lin of Beijing). Even naturalized Filipino Marcus Douthit has played in China (for the Foshan Dralions in 2011-2012). Heck, former NBAer and Gilas bulwark Andray Blatche actually just signed a one-year deal with the Xinjiang Flying Tigers.

Having continental imports is not something new, and it’s something that, perhaps, our own pro league can benefit from.

One possible model is affording each team the chance to sign TWO Asian imports instead of one non-Asian import. So, instead of employing, say, 6-9 Eric Dawson or 6-8 Richard Howell for the Commish Cup, a team can choose to have two top-level Asian players instead (maybe a combo of Lebanon’s Fadi El-Khatib and Iran’s Kardoust could be dominant). The choice can be left up to team management.

Another possible model is for teams who finish in the bottom half of the Philippine Cup to be allowed to sign an Asian import in addition to the “regular” import. This means that it could be possible to see Gabe Freeman return and team up with 6-9 Kosuke Takeuchi of Japan or even 6-9 Lee Seung-Jun of Korea.

Or the PBA can also follow the Korean Basketball League’s cue and have an “Import Draft.” The PBA can invite as many eligible imports (Asian or otherwise) that they want, and teams can take turns drafting these reinforcements (maybe two rounds?).

One advantage of having Asian imports is that they probably wouldn’t have to get paid as much as regular imports (unless it’s an Asian with NBA experience like Haddadi, Yuta Tabuse, or Ha Seung-Jin), but they can still play at a very high level alongside and against the best our country can offer. Imagine Daghlas serving an alley-oop to JC Intal, or the Takeuchi twins teaming up to give a team like Blackwater the frontline it sorely needs. Imagine JV Casio running the break with Calvin Abueva on one side and Fadi El-Khatib on the other.

I have no doubt that this will increase the entertainment value of the league, raise the level of competition significantly, and open the PBA to expand its fanbase across the continent (imagine foreign basketball sites like Jumpball.co.kr, BasketballBuddha.com, and BBallArabia.com covering the PBA). Maybe PBA games featuring Asian imports can be picked up in our neighboring countries and then merchandise can be sold as well? Foreign sponsorships might pour in, too.

Of course, one possible backlash is that by taking in Asian imports, the slots (and budget) for local talents might shrink a little bit. This is a valid concern, of course, and should be taken into consideration.

Another hurdle is that many Asian leagues don’t end till midway through the PBA’s Commissioner’s Cup. The timing will make it very tough for Asian imports to commit to interested PBA clubs. Most national teams also begin their training camps around April or May, which means, again, that top-flight Asian cagers might not be available to play in Manila.

Still, all things considered, I believe that this proposal is certainly worth discussing and trying out.

I can already see Hamed Haddadi wearing a Rain or Shine jersey and being yelled at by Yeng Guiao. I can already see Samad Nikkhah Bahrami being egged on by the Ginebra fans filling the Big Dome to the rafters. I can already see Terrence Romeo and Stanley Pringle teaming up with Zaid Abbas to lead GlobalPort to new heights.

Man, all that would be awesome.