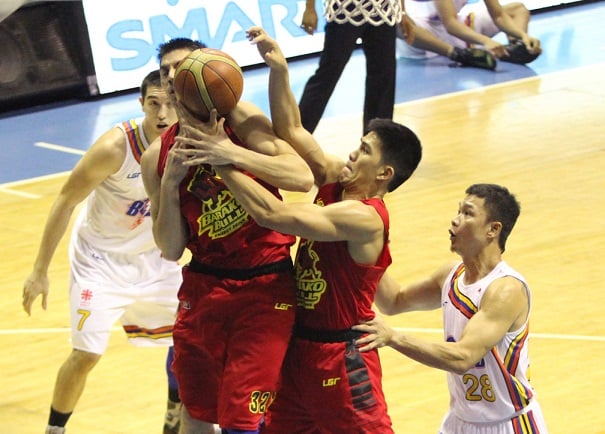 With the 2015 PBA season only a few days away and the official rosters released, I found it only logical to look at each line-up and see where each team stands. In this series of posts, I’ll be breaking down each team’s bigs, wings, and floor generals while also looking at what kind of damage they’ll do this season.

Let’s look at roster of the Barako Bull Energy.

Best Finish: Quarterfinals in the 2014 Philippine Cup and Governors’ Cup

Barako Bull basically has one center who’s not really even a center in the most traditional sense and then a bunch of power forwards. Mick Pennisi shot a career-high 41.5% from beyond the arc last year, making more than 2 triples per game. No question Mick P can stretch the defense, but he’s not exactly top of mind when one thinks of guys who can do the dirty work and protect the rim. Mick averaged only 5.4 rebounds last season (incidentally, that’s his best in 6 years, but, c’mon, the guy is 6’9!!!) while also blocking a grand total of (drumroll please) 11 shots. Barako might as well employ Steve Novak in the Commish Cup and watch him and Mick drain long toms. Just don’t expect either of them to rebound or block shots.

As for his platoon of power forwards, let’s just say coach Siot Tangquincen won’t look forward to going up against Marc Pingris, Ranidel De Ocampo, Gabby Espinas, and Arwind Santos. It’s going to be ugly. I’m still a little optimistic about Jake Pascual, but outside of him, I don’t see anybody who has the potential to be consistently productive.

Let’s see. Barako Bull has five wingmen who are really out-of-position PFs and one kid who sometimes thinks he’s PG (I didn’t say he’d excel, though). Bottom-line? Yikes. Intal doesn’t have the consistent three. Salva doesn’t have top-tier handles. Wilson is really a PF who has become too small in this league. Lastimosa is a guard who wants and needs the ball too much to be effective (Lowell Briones redux?). Intal will have his moments, sure, ditto with Lastimosa, but moments won’t get this team past, at best, the conference quarterfinals.

What do you do if Lastimosa is the only natural SG in your roster? You turn and run, that’s what, but since coach Siot has a contract, he has to coach this team. It’s gonna be plenty tough, but at least coach Siot can take a bit of solace in the fact he has a pretty deep point guard corps. I expect Garcia to have a breakout season, and I hope to see a lot of small-ball combos with him in at SG and Fortuna feeding him the rock as his backcourt partner. Veterans Miranda and Lanete, meanwhile, should be solid back-ups.

Barako Bull has one natural center and one natural shooting guard. They also have four natural point guards and nine power forwards. Nope. This just will not do. Again, Pennisi is the only real center, but he won’t even stay anywhere near the basket. Translation? Hole in the middle.