WHAT COULD BE AILING BARANGAY GINEBRA? 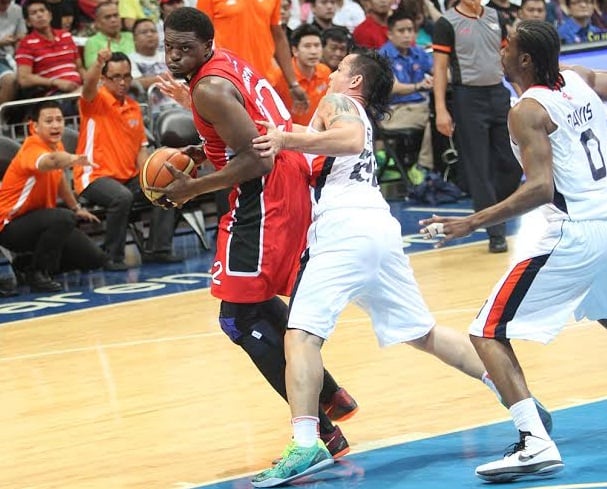 Someone asked me what I thought of Barangay Ginebra San Miguel’s loss and problems. Well, it’s only one game but in a short conference… every loss can be a team’s ultimate undoing.

Nevertheless… let’s take a stab at this even as everyone and their brother has tried to dissect Ginebra.

The carousel of coaches has been cited as one problem. While some point a finger to a star-studded line-up as the culprit as there aren’t enough role players.

You can make a case for both and I would agree to that. But one can only ride the coaching parade for so long because the players need to have some accountability.

Ginebra has talent for sure. They have the depth and manpower to compete with anyone on a nightly basis. If you look at their Season 39 team stats, they were a middle of the pack team in terms of offense and defense. Obviously, those stats plummeted after the Philippine Cup of that year. So what is wrong?

I’ll cite three things — their confidence is low, they lack that blood and guts leader, and they no longer have that electrifying import that stirred the masses.

Ginebra by history isn’t a team that wins championships by the bushel load. No. They win one. Then go on a drought. Win another one then go on a prolonged season of heartbreak. It’s just in their DNA.

Well, missing in that DNA is just what I said. The lack of confidence, that blood and guts leader, and that larger than life import.

A crisis of confidence

They looked good last year but after San Mig Coffee scuttled them in seven in the semifinals they were never the same again. Like they put all their marbles in one basket and when they lost it was all gone.

When Joseph Yeo came on board in time for Season 40, they looked like they had added a weapon that could help them get past Purefoods with their wondrous shooting guard-small forward combos. But still they struggled.

They ditched Global Port in the playoffs but when they went up against a Talk ‘N Text squad that is known for their work ethic they crumbled.

They need to string up some wins – big ones –to get their confidence going.

Where art thou, Rudy Hatfield?

There used to be no shortage in this department. You start off with Sonny Jaworski then go to guys like Pido Jarencio and Rudy Distrito. Later there was Bal David.

For a while, it used to be Mark Caguioa. Jeez. He was electrifying back then in the post-Jaworski era but injuries, age, and gravity have done the rest. When they first acquired Rudy Hatfield he was like detonating a nuke on the PBA landscape. That’s how huge this guy was for Ginebra.

There are teams that have always been characterized by their system – Alaska used to run its famed triangle offense back then they had this coach by the name of Tim thereabouts. San Miguel was also the paragon of execution with Hector Calma and later Olsen Racela pointing the way.

But my how the PBA world has turned. Purefoods are the masters of execution. Alaska is the one that plays with a lot of fire and brimstone. San Miguel… well, if there’s anything that we can glean from their last title win it was defense and execution.

Ginebra… damn. Remember when Jaworski returned from a nasty game injury against Northern Consolidated Cement and led the team to a win? That was inspirational. And that began that saying of “never say die.”

The problem is – Alaska has co-opted that tag. Well, at least for now.

Ginebra has gone back to its run and gun but where’s the fire?

When you say “Gary Granada” in PBA parlance nowadays, not many will recall that anthem by that folk singer that defined the broken hearts club of fans in the 90s. They’ll now think of that dude in Meralco. You know. The one who’s supposed to shoot the lights out of gyms. Meralco. Lights out. Get it?

Okay. Enough of the bad jokes. Ginebra has been the butt of them.

The question now is — who can lead this team of underachieving players?

That lack of a larger than life import

This is a team that at one time or another trotted out Lew Massey, Michael Hackett, Billy Ray Bates, Carlos Briggs, Jervis Cole, Jumpin’ Joe Ward, Sylvester Gray, Wes Matthews, Daren Queenan, Jamie Waller, and Chris King! Guys who swopped towards the basket for death defying jams. Who shot three-pointers like no one’s business (except when Hurricane Harris or Jose Slaughter was in town). Men who patrolled the paint and growled at those who deigned to drive inside the lane.

When the PBA players started getting taller and more skilled, we all saw that we matched up a little better to the American reinforcements. But in the second and third conferences where the fortunes of an import can make or break a team… Ginebra is breaking its fans’ hearts.

In Season 39, their imports didn’t even make the top 10 in scoring or total field goals. The one time they did was when Gabe Freeman was tenth in bombarding from three-point range. But Carlos Briggs (or Wes Matthews) he isn’t. And a far cry from his San Miguel days.

I am not sure if Michael Dunigan is the dude to carry this team. It was Greg Slaughter who was getting double and triple teamed out there!

Again, it’s one game. It would be interesting to see how they come out for the next game and how they finish. By conference’s end maybe we can analyze them again.