Beermen go for the kill against determined E-painters 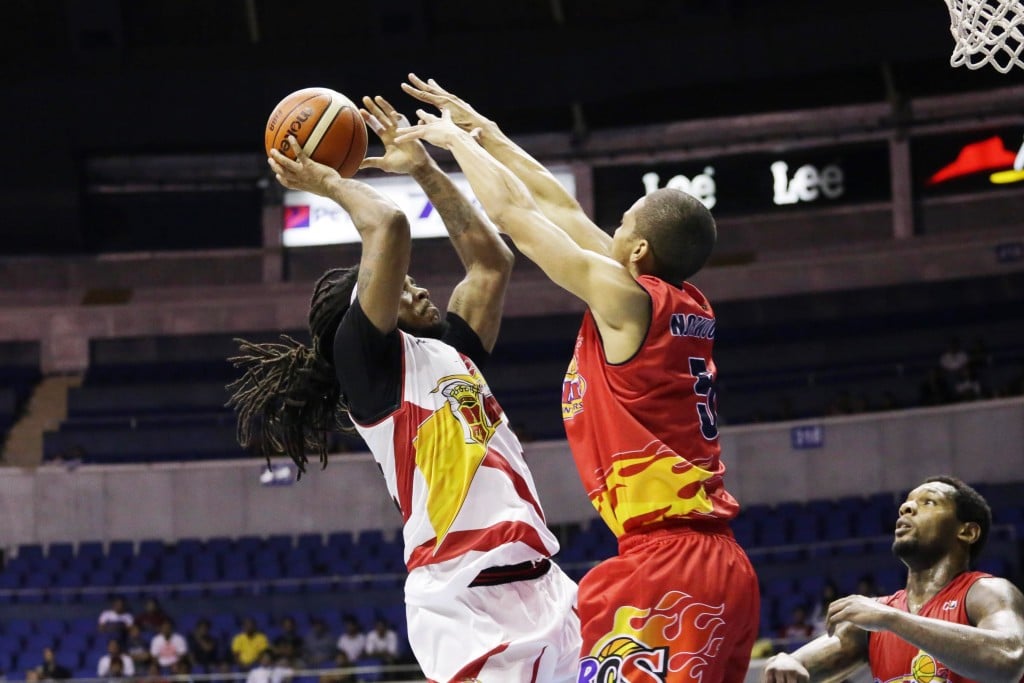 But not Wednesday evening, when his Beermen try to close out their PBA Governors Cup semifinals duel with Rain or Shine at the Smart Araneta Coliseum.

“We all know naman na there’s such a thing as law of averages, pero sana hindi muna dumating ngayon. Sana mga 10 years from now,” said Austria, only half joking.

For sure, the torrid shooting, especially from behind the arc, that highlighted SMB’s last two games is sorely needed against a Rain or Shine squad determined to tie the best-of-five series at two games apiece and force a deciding game Friday.

“Back against the wall sila kaya siguradong they will go all out,” said Austria. “Kami naman, we have to anticipate kung ano ang adjustments they will make.”

Austria said tinkering would only be minor considering the two have virtually become familiar with each other due to past meetings and the series’ first three games.

Some polishing up on their own game and mind-set should serve Rain or Shine in good stead.

One is how to keep on challenging SMB main snipers Arizona Reid, Marcio Lassiter and Alex Cabagnot. Another priority for the Elasto Painters is how to dump the ball inside to McKines despite SMB’s expected zone defense.

In a 108-114 defeat in last Monday’s Game 3, McKines finished with game highs of 39 points and 12 rebounds but was limited to just five field goal attempts in the entire second half and only two in the decisive fourth period. He wound up making 12 of 14 shots, including 2-for-2 from beyond the arc.

“He got off to a good start, but we kind of took the ball out of his hands ourselves. That’s on us,” said Rain or Shine’s Gabe Norwood.

“We settled for threes,” added Norwood. “Actually that’s what they want us to take, but at the same time, we don’t have to take what they’re giving us. We can force the issue and make plays.”

Not having to force the issue inside despite the presence of hulking center June Mar Fajardo is SMB.

With Reid, Lassiter and Cabagnot leading those who repeatedly find the mark from deep, the Beermen took control of Game 3 and eventually shrugged off the bitter memories of a collapse in Game 2 that led to a 110-113 loss.

Should SMB’s shooting go sour, Reid can take his act down low and team up with Fajardo for some inside points, like what they did in overcoming a 9-for-30 three-point shooting in the series opener and still winning it, 101-95. (NC)