Austria worried about SMB’s lack of preparation vs Alaska 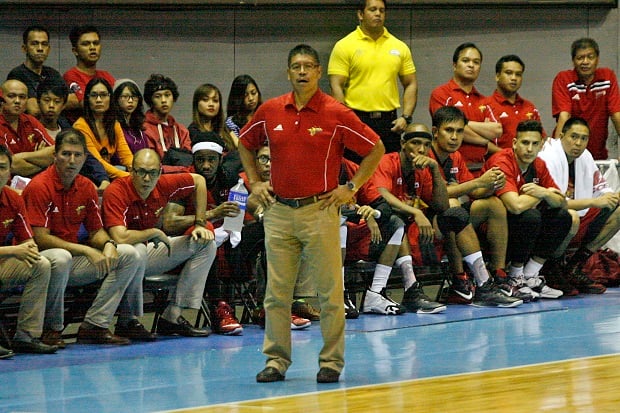 It’s going to be San Miguel versus Alaska one more time this season.

The Beermen dispatched Rain or Shine on Wednesday to win their semifinals series in four games.

But for coach Leo Austria, facing a  well-rested Alaska side in the championship round won’t be an easy task for his San Miguel team.

“For me, it’s really a disadvantage because we’re relying on the scouting but how can we scout them if we’re focused on Rain or Shine and we have one day only to prepare for the first game? We don’t know yet what to do,” he said.

San Miguel will only have a short time to prepare, in comparison to Alaska which has been waiting in the Finals since beating Star on Sunday.

“The problem really is our preparation. We don’t have ample time to trace all the things that made them a winner,” said Austria. “There’s so many ways on how to win against Alaska, but I’m worried about the team’s energy.”

The outspoken coach, however, sees similarities in the series to the Philippine Cup duel they had which went the distance.

Austria said that Alaska might be more motivated to atone for its Philippine Cup defeat, but just like the old cliche goes, it’s a whole new ballgame.

“It might be a vengeance or vindication for them because they lost to us in the seven-game series, but this is a different ball game,” he said. “They have an import, we have an import. I think who has the biggest heart and the will to win will be the one to prevail.” (DL)