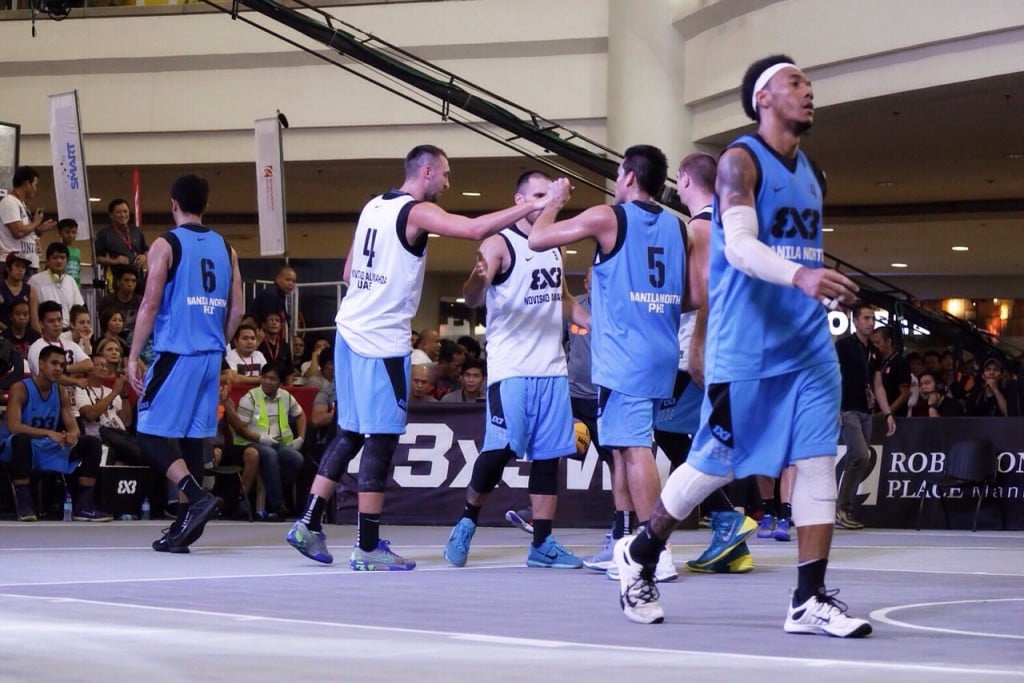 Manila North’s run in the Fiba 3×3 World Tour Manila Masters came to an end with a 21-14 loss to defending world champion Novisad Alwahda of United Arab Emirates in the final Sunday at Robinson’s Place Manila.

Novisad withstood Manila North’s physical brand of basketball and had the advantage in outside shooting with Dusan Domovic Bulut, Dejan Majstorovic, Marko Savic and Marko Zdero all posing as an offensive threat whicever spot on the floor.

Manila North found itself in the penalty early and it paid the price with Novisad, bannered by skilled Serbians, able to capitalize on its trip to the free throw line.

Novisad guard Bulut was perfect from the line and his fadeaway from the left baseline won it for his team with a minute and 40 seconds left.

Still, the Filipinos had a reason to celebrate with Manila North already assured of a spot in the World Tour Final in Abu Dhabi, UAE on Oct. 15-16.

“I’m very happy with the performance of both teams especially the North. This team really thrived on effort and hustle,” said Eric Altamirano, who coached both Manila squads. “The competition here is really tough.”

Alaska Aces duo of Calvin Abueva and Vic Manuel, amateur standout Troy Rosario and Mahindra Enforcers guard Karl Dehesa tried to will Manila North back but couldn’t with Novisad and the hot-shooting Dejan Majstorovic firing on all cylinders.

Abueva said the team’s strength is really its rugged play and that the players have no plans on changing the way they play come the World Tour Final.

“That’s how we play and even if we’ll be in a different place, we will still play that way,” Abueva said in Filipino.

Manila North entered the semifinals after beating Kobe of Japan while the West shot past Longshi of China in the quarterfinals.

The North used its size advantage to turn back the perimeter-oriented West. Manila West guard Terrence Romeo won the Shootout contest and was also named the tournament MVP.