PBA eyeing improvements amid dip in gate attendance in season 40 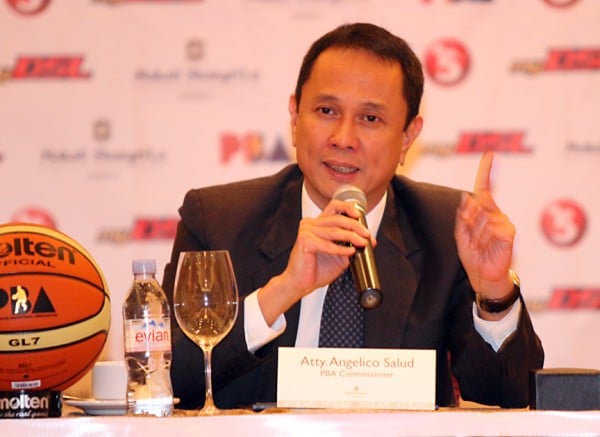 TOKYO – Expect the Philippine Basketball Association to review some schemes and policies as a result of a dip in its live attendance and gate receipts in PBA Season 40.

The PBA board of governors, led by returning chair Robert Non, has tasked league president/chief executive officer Chito Salud to analyze specific aspects with an end view of keeping the PBA’s status as the No. 1 sports entertainment in the country.

The PBA officials aren’t about to sit back and relax even as they enjoyed further growth in total revenues, hitting the P200-million mark in gate sales for the second straight year.

That’s despite a compressed season, short in-between conference breaks and short playoffs – factors that obviously impacted on the league revenues.

“We reported to the board the performance of the league last season. Revenue-wise, combined both the PBA and PBA Properties, there was an overall growth of three percent. But while the sponsorship aspect increased, the mix of the growth is not good because the core business of the PBA which is really gate attendance and gate receipts are down,” said Chito Salud, the former league commissioner who is now functioning as PBA president/chief executive officer.

In their continuing planning session at the Tokyo Hilton here, the PBA board identified some reasons for the decline of warm bodies in the games.

Salud is to take at look at these, then report to the board possible processes to address the situation.

The PBA chieftain rattled off their concerns:

“We want our expansion teams to become more competitive, to prevent predictability of the games, to make the games they’re involved with more exciting.

“We want to avoid playing in smaller venues, meaning venues that are not either Smart Araneta Coliseum or MOA because the capacity and convenience of those venues have an impact on the gate attendance

“We also want to study and see the impact of the schedule of our games, meaning the 4:15 p.m. start and then the 45-minute break and the 7:15 p.m. tip-off for the second game.

For the coming season that is set to start Oct. 18, the PBA vows to work hard to bring its multitudes back to the games.