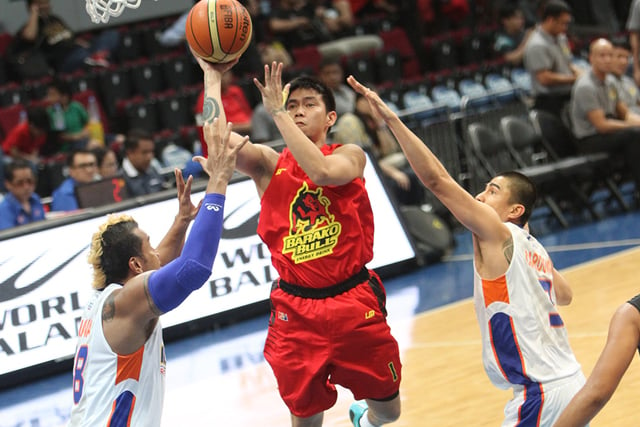 Barako Bull’s trading ways are far from over.

No less than Energy coach Koy Banal admitted this, saying they are still polishing a trade package that would land them an experienced frontliner while easing the glut of playmakers in their backcourt.

Banal, however, declined to name the team or teams they are dealing with nor the player on his wish list.

“We are in need of a big man and we’re still working on it. Hopefully, magiging kapalit at least dalawa sa mga point guards namin sa ngayon,” said Banal while refusing to add more details since doing so might jeopardize the deal they are working on.

“Basta pwedeng kahit beterano and we are sure to welcome him with open arms once na dumating siya sa amin,” stated Banal.

Due to off-season trades Barako found itself with a crowded backcourt as Josh Urbiztondo, Emman Monfort and Jens Knuttel were acquired from Ginebra and Jeric Fortuna from San Miguel Beer, joining Energy playmakers RR Garcia and Chico Lanete.

Banal admitted it would be difficult to let go of any of the six point guards.

“I’m sure na kahit sino sa kanila would be a valuable acquisition sa kahit saang team. Given the playing minutes and the break, sigurado iyan.”

It’s just that the trade for a frontliner who could join Rico Maierhofer, Jake Pascual, Jondan Salvador, Willy Wilson and rookies Yutien Andrada and Michael Angelo Miranda needs to be done.

If the trade doesn’t push through Banal said his team would still be ready for the Philippine Cup that kicks off the season on Oct. 18.

“So far, so good kami. Iyung mga players namin meron na silang kanya-kanyang duties as of now,” related Banal. “If ever, we would have to sort out kung ano’ng sistema ang p’wede sa amin for the coming season.”

For sure, the trademark Barako grit will be there on full display.

“It’s a matter of us finding ways,” said Banal. “Kailangan we have to stay positive, everyday, kahit na sa practice. If we keep working hard something good will happen.” (NC)