'Olympics or nothing' for China-bound Gilas Pilipinas
Close
menu
search

‘Olympics or nothing’ for China-bound Gilas Pilipinas 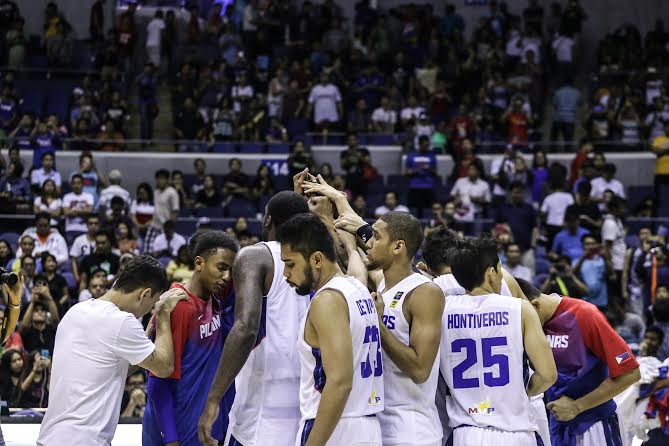 With the backing of the entire nation, Gilas Pilipinas flew out for China Monday, determined to end the country’s long absence in the Olympic basketball competition.

Coach Tab Baldwin and his troops are headed for Changsha, Hunan province’s capital city that was a scene of major battles during the Sino-Japanese war from 1937-1945.

From Sept. 23-Oct. 3, this city of seven million people will be the venue for FIBA Asia’s centerpiece showcase where the winner books a berth to the 2016 Olympics in Rio de Janeiro.

For the Philippines, the goal is to improve on its second-place finish in the FIBA Asia Championship in Manila in 2013 and once again compete with the world’s best in a follow-up to its stint in the World Cup in Sevilla, Spain last year.

“And so you’ll be going to Rio,” Samahang Basketbol ng Pilipinas president Manny V. Pangilinan told the team, confident their Changsha campaign will lead to a journey to the 2016 Olympics.

“We have no other option but to win it all. It’s Rio or nothing,” said Ranidel de Ocampo, a Gilas player from 2010, playing key role in Team Phl’s fourth-place finish in Wuhan in 2011 and second-place windup in Manila in 2013.

The Philippines has never won the Asian championship since 1986 in Malaysia and has never been to the Olympics since 1972 in Munich.

But hopes are high the country can end the long wait for a return to the Asian throne and a journey back to the quadrennial games with this latest PBA select reinforced by naturalized player Andray Blatche.

“My expectation is we’ll make it with this special bunch,” said Pangilinan.

“They’re special as they’re mighty proud to play for the Philippine team and the country. That’s important,” Pangilinan added. “These guys are enthusiastic, committed and dedicated, and I think that’s worth a lot.”

Sorry, but not really