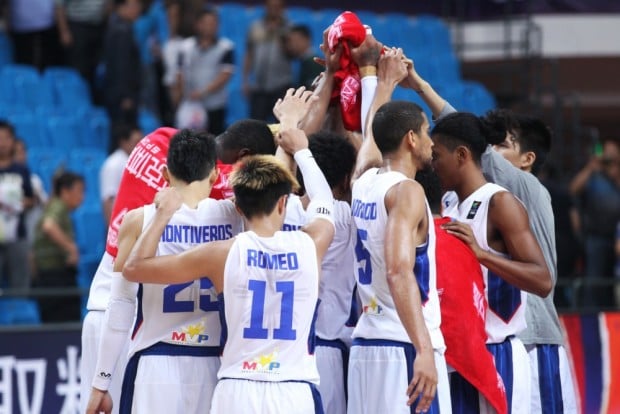 While Iran and China are often seen as the powerhouse squads in Asia, for multi-titled head coach Tim Cone believes that the Philippine national team is making good case for its inclusion in that elite group.

Based in his observations so far in the 2015 Fiba Asia Championship, Gilas has been the best performing team with hometown bet China as its biggest threat.

“Gilas looks like the best right now,” Cone said Tuesdayvhours before the Filipinos battle Lebanon. “I’m watching all the teams, and I think the only team that’s going to battle them at this point is China.”

Aside from the obvious homecourt advantage, the Chinese’ hunger to once again top Asia is also one thing that’s working for them in their quest for a slot in the 2016 Rio Olympics.

“They’re very hungry, so China could be Gilas’ biggest obstacle over Iran just because of the hunger factor,” said the Grand Slam-winning coach.

Cone couldn’t help but marvel at the work Gilas Pilipinas has put in in the Asian championships. “They’ve been awesome.”

“They’ve been well coached, and the guys really bought in. They’re playing with a real chip on their shoulder, playing like us against the world, and that’s really a great position to be in as a basketball team. That’s all been taught and worked on by coach Tab (Baldwin), so you have to give him enormous credit for what they’ve been able to achieve so far.”

“The Palestine loss was a real character builder. You can see how their character emerged from that loss. They really came together as a team,” he said.

But he warned the team of complacency especially that all eyes are on the Philippines.

“The danger here is to not get ahead of yourselves.

“People are now starting to assume that we’re going to get that spot, but the road didn’t get easier. It got a lot tougher. There’s not going to be any given wins. It will all be tough,” he said. “The old adage of getting it one game at a time, it’s a cliche but it’s true. They just got to make sure they don’t get tripped up. Right now, they look great, they’re playing great, and there’s a reason for optimism, but just be careful to not get overconfident.”