pba / PBA Only
PBA Only 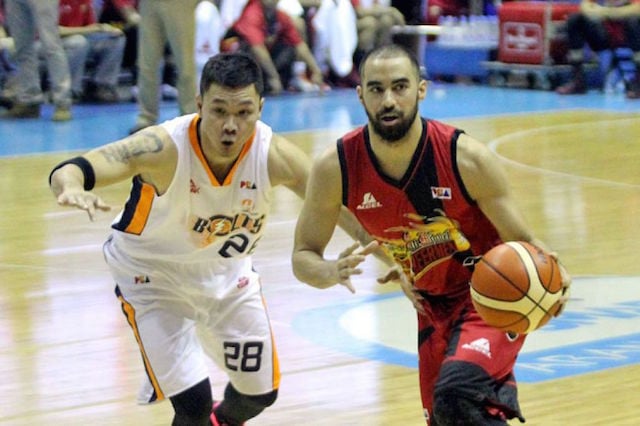 After winning its season debut against a beefed-up Globalport side, titleholder San Miguel Beer takes the challenge of a new-look Meralco team in the 2015-16 Smart Bro-PBA Philippine Cup at the Smart Araneta Coliseum Wednesday.

The Beermen tangle with the Bolts at 7 p.m., seeking a follow-up on their 97-86 triumph over the Batang Pier in Davao City Saturday.

The Bolts play their first game with their overhauled roster featuring the returning Jimmy Alapag and Rabeh Al-Hussaini, free-agent acquisitions Bryan Faundo and Ronjay Buenafe and rookie draftee Chris Newsome. Another draft recruit Baser Amer is still completing his tenure with the San Beda Red Lions in the NCAA.

Norman Black is happy with the team he’s formed for his second season as the Meralco coach.

“We are complete and relatively healthy except for the absence of Baser Amer who is still with San Beda,” said Black.

“We are ready to get going even though we know it will be tough versus the defending champs,” Black also said. “Solid team defense will be the key because San Miguel is loaded with weapons and you cannot just concentrate on one person.”

The Beermen opened their title-retention campaign with the 11-point win over the Batang Pier marked by a dominant showing by back-to-back MVP winner June Mar Fajardo.

The 6-foot-10 behemoth showed no sign of a recent bout with plantar fasciitis as he powered his way to 21 points, 17 rebounds and three blocks.

Rabeh Al-Hussaini has a job cut out for him in his PBA comeback after being away for quite sometime in attending to a personal matter in the homeland of his recently departed father.

Likely to take his turn to defend against Fajardo is Nabong.

The Meralco backcourt is likely to become more stable on the entry of Alapag.

Newsome, meanwhile, could provide some firepower and defensive muscle in the wings.

Meralco is 1-9 against San Miguel Beer in head-on matches in the all-Filipino conference. (SB)

‘A day in the life of frontliners’: Twelve-year-old girl creates a COVID-19 related illustration