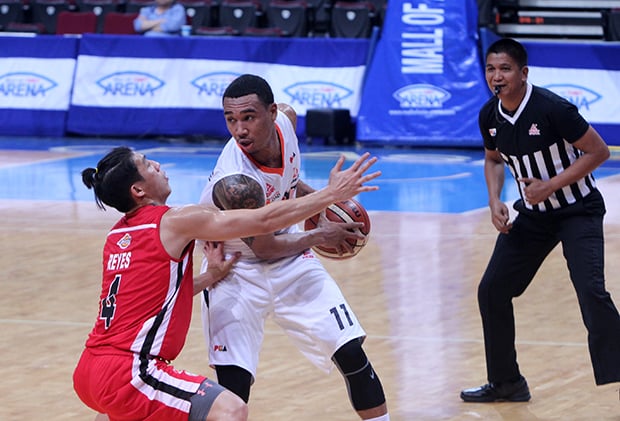 Meralco rookie Chris Newsome said his elbow that hit Blackwater’s Keith Agovida in the first half of their game on Wednesday and merited an ejection was unintentional.

Newsroom landed an elbow in the face of Agovida after the two collided in the air as the former Ateneo standout was going for a dunk at the 2:20 mark of the second quarter.

“I went up and he jumped. Any time you jump and someone’s going to block you, your first instinct is to protect the ball,” Newsome. who was slapped with a flagrant foul penalty 2, said after the Bolts’ 92-90 defeat to the Elite.

“I basically just went from my right to my left and just happened to hit his face,” he added after scoring seven points.

The 25-year-old guard said that getting ejected in just his second PBA game won’t affect the way he plays.