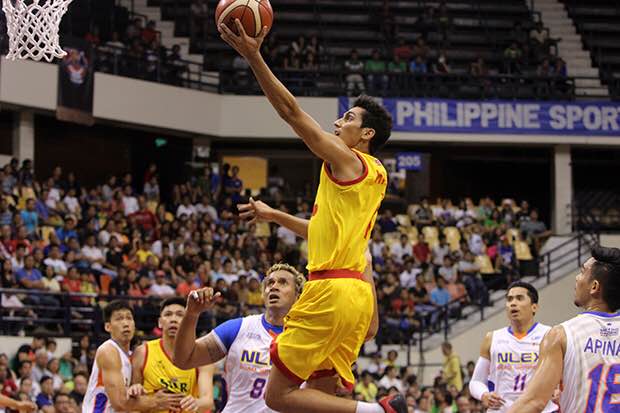 Star’s Alex Mallari skies for the layup against NLEX during their game on Sunday at Philsports Arena. PBA IMAGES

Star squandered a big lead before holding on to edge NLEX, 97-95, in the 2016 Smart Bro PBA Philippine Cup Sunday night at Philsports Arena in Pasig.

PJ Simon scored 15 of his 21 points in the second half to help the Hotshots climb to 2-2.

Off two missed free throws by James Yap, NLEX didn’t call a timeout and it resulted to a costly turnover by Kevin Alas with the Road Warriors only down by a point, 96-95, with 11 seconds remaining.

Justin Melton split his charities after he was intentionally fouled that gave Star a two-poiny lead with only a second left before Jonas Villanueva’s potential game-tying attempt went way off.

The Road Warriors suffered their first defeat in the conference after a 2-0 start.

With NLEX’s loss and Alaska’s setback to Barangay Ginebra in Dubai, Rain or Shine remained as the only unbeaten team this conference at 3-0.