Player of the Week: Slaughter showing the result of his offseason work 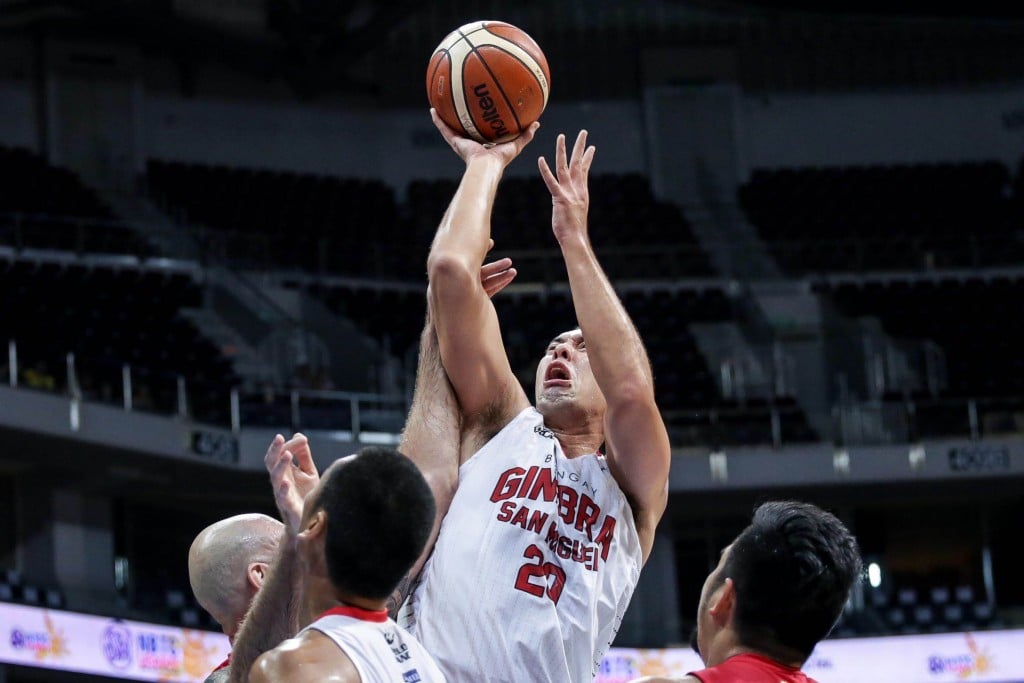 Greg Slaughter spent the offseason working on his individual skills and strengthening his upper body under conditioning and assistant coach Kirk Colier.

The result was evident in his first three games in the 41st Season of the PBA after averaging monster numbers of 27.3 points and 20.3 rebounds.

Although Barangay Ginebra was kept winless during the first one and a half weeks of the season, the 6-foot-11 big man continued his workmanlike approach to finally reward Tim Cone his first victory as coach of the Gin Kings.

With Slaughter throwing his weight against Alaska’s defense, the 27-year-old former Ateneo standout finished with 27 points and 19 rebounds, helping Ginebra pull off a 93-92 squeaker in the Smart Bro PBA Philippine Cup’s out-of-the-country match in Dubai.

Slaughter, now in his third season as a pro, showed endgame poise as well after sinking the game-clinching free throws with 4.1 seconds left to seal Ginebra’s first victory in three starts.

Despite his MVP-like performance early in the season, Slaughter stressed the importance of coming out with a solid defensive mindset each game.

Ginebra will take the next few days to plot its next move before facing the defending champion San Miguel Beer and two-time league MVP June Mar Fajardo on Sunday at the Philsports Arena.