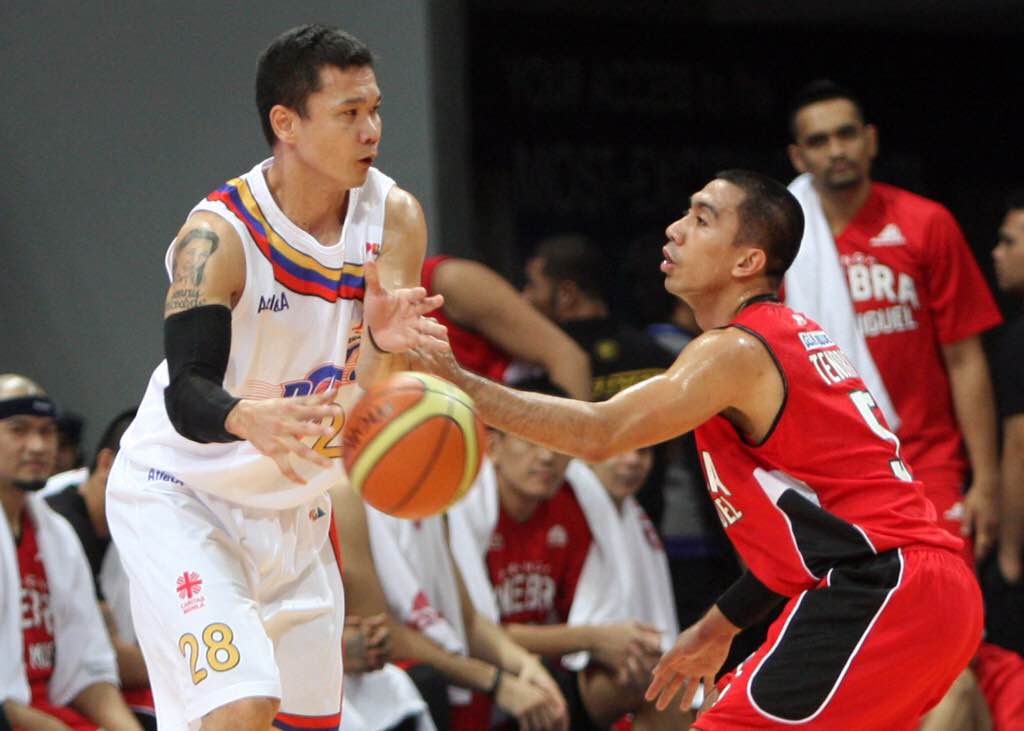 Both Ginebra and Meralco are coming off losses this past week and are currently mired at the bottom of the team standings. Without a doubt, both teams will be aiming for victories on Tuesday to stay within striking distance of those in the top half of the table and avoid remaining in the cellar.

Ginebra couldn’t match SMB’s firepower in their last game, especially since hardly anyone outside of Greg & Japeth played well enough to carry the Kings in that game. Coach Tim Cone also remarked that he doesn’t really see the trademark NSD spirit of Ginebra yet, and the Kings will need to rediscover that part of their identity or they risk getting eliminated early in this tournament.

Meralco had high hopes entering the season with a crop of highly-touted rookies and the return of Rabeh Al-Hussaini, but the Bolts haven’t really been able to deliver on their potential. Can coach Norman finally bring out the best in this crew after such a near-win against Barako Bull?

The Gin Kings have been awful from three-point land of late, shooting a league-worst 20% from rainbow country and not making a three pointer since the second quarter of their game against Alaska in Dubai, which, strangely enough, they won. With their frontline combo of Greg & Japeth clicking, the Kings need their perimeter game to kick into high gear if they are to really move up.

The duo of Greg Slaughter and Japeth Aguilar has been playing quite well this season, and they need to continue to do that if Ginebra is to be a threat in any game. Both players have been double-double beasts under coach Tim Cone, and with Ginebra’s wingmen and backcourt sputtering, there won’t be any off days soon for Greg & Japeth.

Despite the greatness of Greg & Japeth, Ginebra has lost 3 of its last 4 games mainly because their twin towers haven’t been able to get the help they need. Against SMB, only Chris Ellis scored in double digits outside of Greg & Japeth. Ginebra’s vaunted backcourt of Tenorio, Caguioa, Mercado, and Helterbrand could only produce a combined 21 points on 10/26 FG shooting (38.4%). Joe Devance also struggled with only 2 points in 10 minutes. Clearly, the Kings need to find reliable players who can consistently be the third and fourth options of this team.

Gary David exploded for 40 points in Meralco’s last game. That’s just 2 points off form his career-high of 42 way back in the 2011-2012 season. David was on fire against Barako Bull, but it still wasn’t enough for them to win, so expect him to be meaner and feistier here as he’s certainly hungry to get that first W of the season.

– Newsome has proven to be an all-around gem of a find for Meralco. He can score, rebound, play great D, and distribute the basketball. He just needs to be more aggressive and assertive, and if he can do that here against Ginebra, the Bolts have a great shot at winning.

– Rabeh entered the season looking fit and ready, but his numbers have been far from impressive. He has been quite inconsistent in his play, and that needs to be corrected as he is a very important piece of the puzzle for the floundering Bolts.

– It will be a battle of veteran smarts and savvy versus rookie energy and pizzaz. Tenorio has struggled of late, and he has a golden chance to bounce back and play well against greenhorn Amer, who had a good outing against Barako. Amer is not the type to shy away from tough competition, though, so it’ll be very interesting to see how he will figure against Gilas pool member Tenorio.