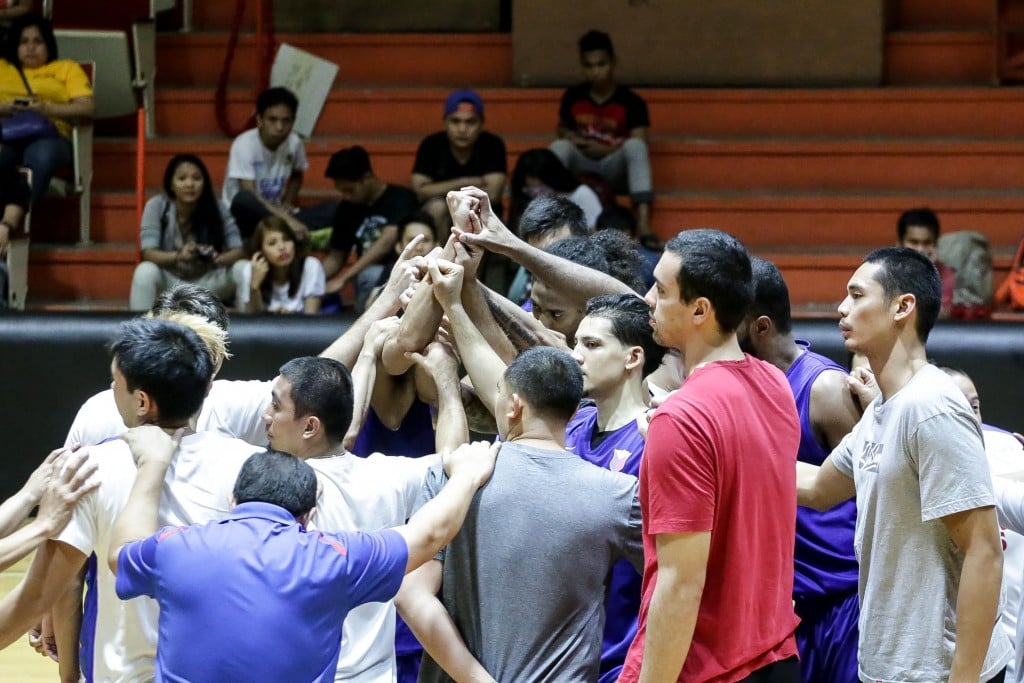 But Tenorio, Slaughter and Aguilar still showed up at the team’s practice venue at Meralco gym in Pasig to show their support.

Fajardo and Pingris were doing a commercial shoot with celebrity Vic Sotto while Chan and Lee are present in practice but didn’t participate due to injuries.

“My tendon’s still hurting. I couldn’t even finish practice with Rain or Shine because of it,” said Chan. “It’s been bothering me for four days now, but I’ll be fine.”

Lee is still nursing a knee injury which he sustained a little over a week before the 2016 PBA Philippine Cup opened.

Ginebra, which got blown out by San Miguel Beer Sunday night, will play winless Meralco Tuesday at 7 p.m. in Biñan, Laguna.