Player of the Week: Sean Anthony a perfect fit for NLEX 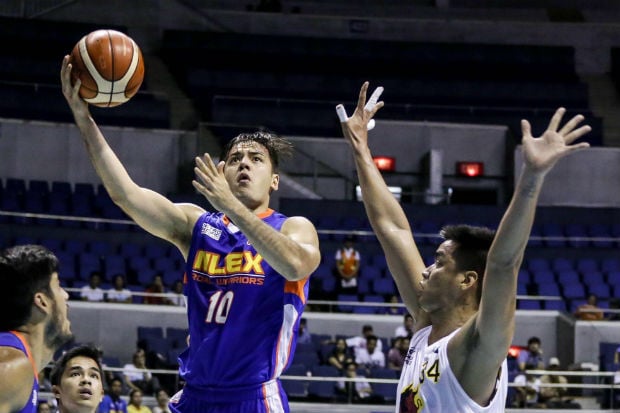 The Fil-Canadian banger out of McGill tallied a PBA career-best 32 points, to go along with 12 rebounds, two assists and a steal to help the Road Warriors complete their successful climb from a 17-point hole against their sister team.

NLEX coach Boyet Fernandez believes the team hit the jackpot after acquiring the 6-foot-4 Anthony during the offseason via a three-team trade.

“We really wanted to get Anthony because we really don’t have a four-man who’s agile so it’s a jackpot,” Fernandez said, whose team climbed to a share of fourth to six spots with its victim and GlobalPort with their 3-2 record in the team standings.

Now in his sixth PBA season, Anthony has improved his numbers as evidenced by his PBA career averages of 20.8 points, 13.6 rebounds and 4.2 assists in 33.8 minutes of play.

NLEX hopes to add Meralco on its list of victims in the Philippine Cup when both squads collide in a rare Tuesday game at the Smart Araneta Coliseum. (RD)