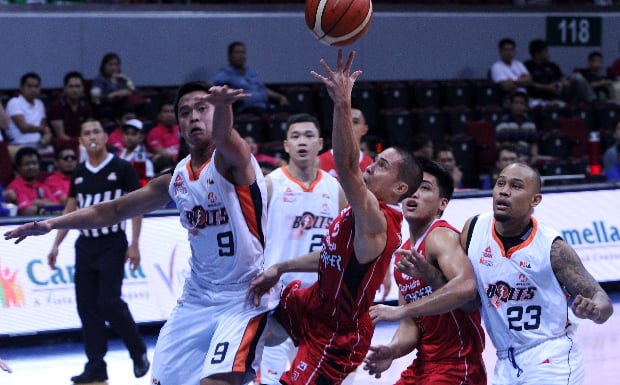 With 2.2 seconds remaining, LA Revilla met Jimmy Alapag and denied the legend on a three-point attempt to preserve Mahindra’s 86-83 scoreline against Meralco in the PBA Philippine Cup Saturday at Mall of Asia Arena.

It was also Revilla who put the Enforcers up six, 82-76, with a sneaky layup coming off a Kyle Pascual pick at the 1:24 mark of the fourth.

Mahindra assistant coach Chito Victolero said he wants his young roster to mature quickly as they gun for a playoff spot, and their close games are a big help to the process.

The victory ended the Enforcers’ four-game losing skid while sending the Bolts reeling anew to a second straight loss.