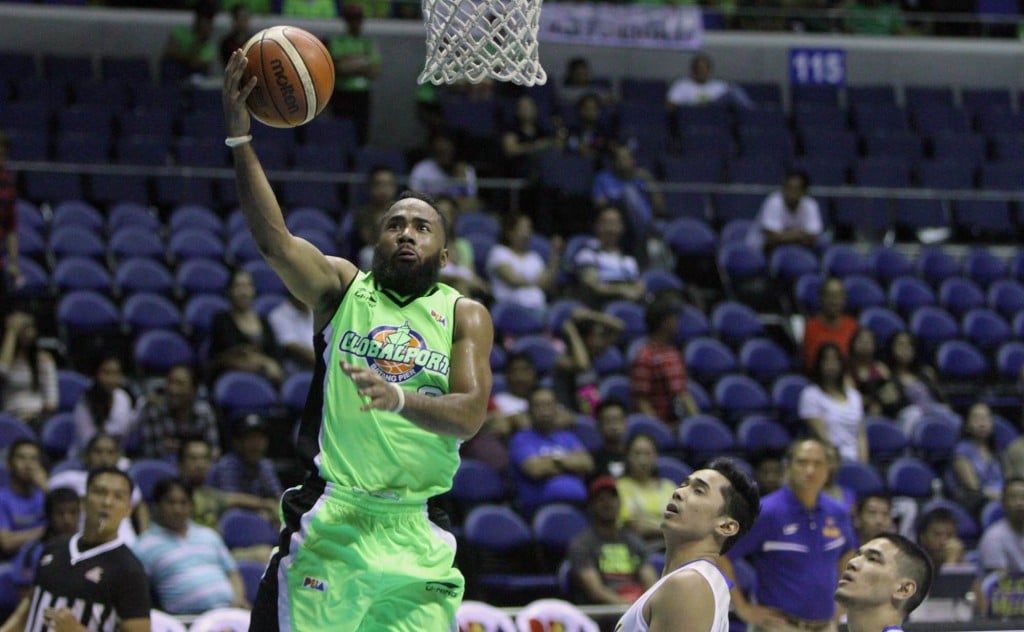 Terrence Romeo and Stanley Pringle led a two-pronged attack and the Batang Pier hung tough down the stretch to beat NLEX, 96-90, to draw closer to its immediate target in the Smart Bro-PBA Philippine Cup at the Smart Araneta Coliseum.

Romeo scattered 29 points and Pringle added 27 in helping GlobalPort ease the pain Jarencio felt upon learning University of Santo Tomas, where he was a former star player and champion coach, lost to Far Eastern in the UAAP Finals.

Billy Mamaril did his part by coming up with two crucial plays in the last 54 seconds of the game to ensure the Batang Pier emerge with a second straight win.

More important for GlobalPort, it has now been assured of a seat in the 10-team quarterfinals due to its 5-3 win-loss record, marking the second straight conference it advanced to the playoffs.

The Mikee Romero-owned franchise now hopes to do better than its previous playoff appearances in the two former Philippine Cups, where it wound up no higher than seventh.

As it is now, GlobalPort can realize its immediate goal of finishing among the top six and realize the win-once advantage in the first stage of the quarterfinals should it salvage more wins in its remaining elims assignments against Meralco, Mahindra and TNT.

It was a sorry second straight loss for NLEX, which put up a gallant stand despite staring at several 18-point deficits, the last at 57-75.

Enrico and Jonas Villanueva sparked the uprising that spilled over into the fourth period, where Asi Taulava took over by scoring 10 of his own 29 points.

Kevin Alas even lent a hand with a three-point play that made it just a 90-92 game, but Mamaril drained two pressure-packed free throws that stretched GlobalPort’s lead to four.

The Road Warriors had the chance to trim the deficit in the last 18 seconds, but Taulava missed on a wide open layup and so did Garvo Lanete on a three-point try.

Mamaril then forced a jump ball on Taulava in the ensuing rebound play and the almost superhuman effort of also hauling down 12 rebounds and issuing four assists while playing for 38 minutes finally took their toll on the 42-year-old as he jumped too early for a violation.

Romeo then drained two charities to seal the count and relegate NLEX into an even 4-4 slate and a tie with idle Ginebra at sixth-running spot.

The Road Warriors now hope they could salvage enough wins in their remaining games against defending champion San Miguel Beer, Barangay Ginebra and Rain or Shine to keep their berth among the top half of the standings.

Keith Jensen chipped in 14 points and Mamaril finished with nine points and a gamehigh 13 rebounds for GlobalPort.

After struggling for the most part Sean Anthony still managed to scrape out a double-double of 17 points and 12 rebounds for NLEX, which did itself in by sinking only two of 22 triple tries compared to GlobalPort’s 8-for-26 clip.

Despite the gaping discrepancy in long distance shooting, the Batang Pier found themselves starting to fully brace for a dogfight when the two Villanuevas led the Road Warriors’ charge in the last half of the third quarter.

Macmac Cardona helped with his patented hook shot that made it just a 70-77 count heading to the final canto and it was clear from there that momentum has shifted to NLEX’s side.

The Road Warriors would not have had a steeper climb if not for a listless first half it compounded by practically giving away four points at the last second, enabling the Batang Pier to go into the break with a 53-35 bulge.

The half was practically over when Anthony was called for a foul on Jensen as the latter was attempting a last-second heave from the GlobalPort backcourt. That caused Cardona to grab the LED board in front of the table officials and pull it down, meriting a technical foul.

Romeo sank both technical free throws and Jensen went 2-for-3 from the stripe to cap GlobalPort’s 18-8 surge in the last six minutes of the second period.

Romeo already had 21 points after 24 minutes of play while Pringle and Jensen added 13 and 12, respectively, in spearheading an attack that first netted the Batang Pier an early 19-10 lead.

While GlobalPort made 17 of 33 field goal attempts, including 6-for-10 from beyond the arc, NLEX visibly struggled as it went 14-for-41 from the field, including 0-for-9 from three-point land.