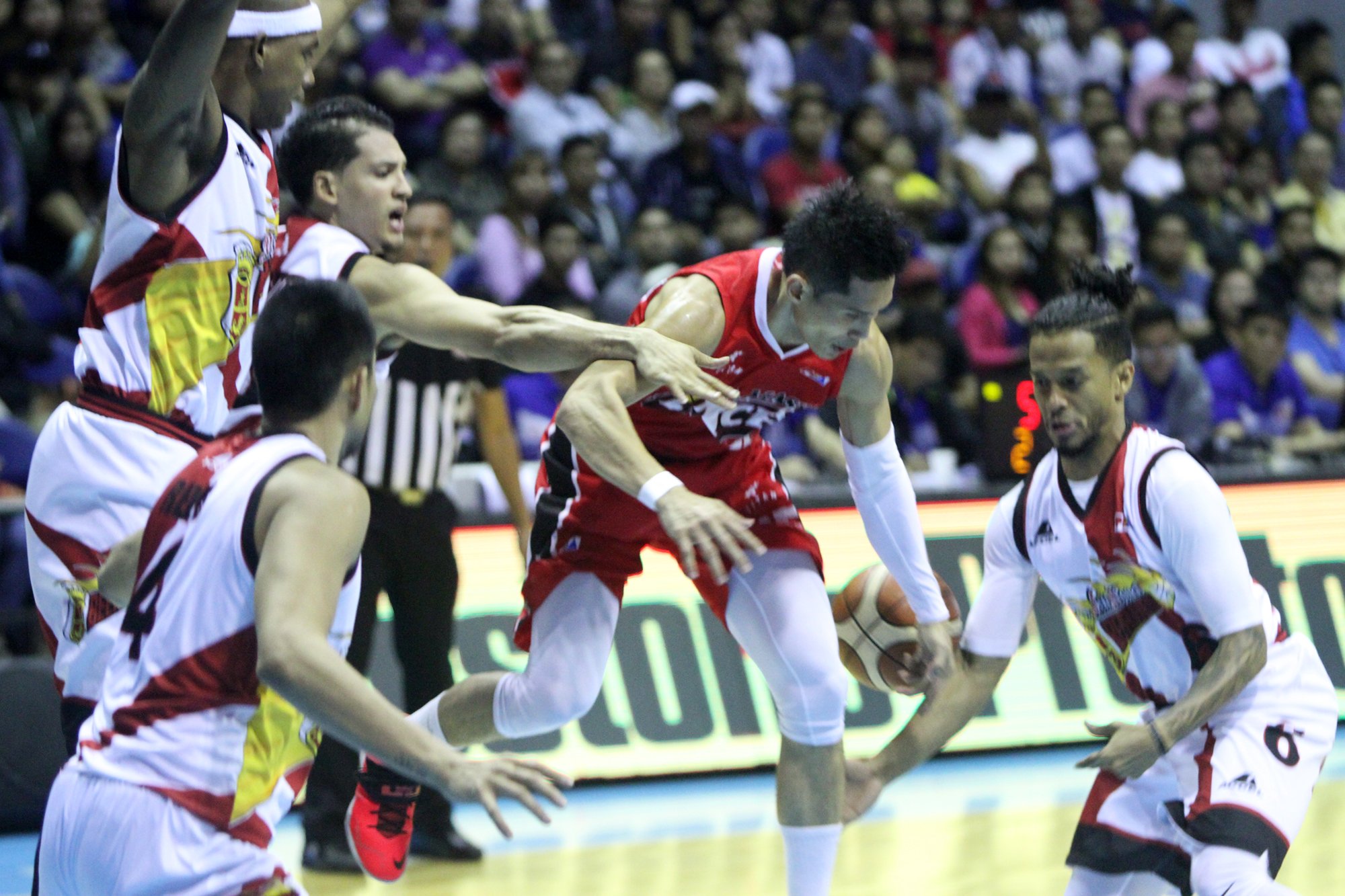 San Miguel and Alaska met on two championship series in the PBA 2014-2015 season with the Beermen intoxicating the Aces on both occasions.

On Wednesday, the Aces got their sweet revenge with a 103-97 thriller over the Beermen and former MVP Arwind Santos knew just what happened.

“It was the little things,” Santos said in Filipino. “The turnovers, the defensive lapses, those kinds of stuff.”

“The defense was still the same from when we faced them, we were just off a little bit.”

Santos cited the play where Alaska forward Vic Manuel got into a perfect spot for a one-handed dunk that put the Aces up 95-94 at the 1:11 mark.

The 34-year-old lanky forward also rued the unbalanced scoring from the team with the bulk coming from usual guys like June Mar Fajardo and Alex Cabagnot.

Defending two-time MVP had 43 points to go along 20 rebounds, Cabagnot tallied 19 points while Santos had 10. Out of the 13 players head coach Leo Austria fielded, four players never scored a point and the next highest-scorer after Santos was Chris Lutz who had eight.

“What I saw, everybody should step up, not just the guys who team rely on,” Santos said. “I know everybody on this San Miguel team can contribute.”