Sidelined with back spasms, Tautuaa not enjoying being a spectator
Close
menu
search

Sidelined with back spasms, Tautuaa not enjoying being a spectator 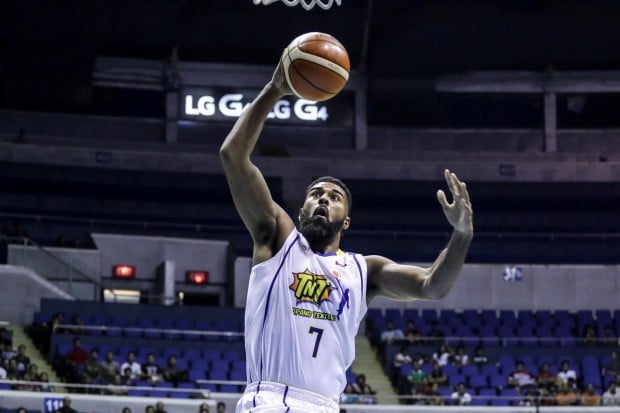 Moala Tautuaa has been on his rookie tour of the PBA, pulling off highlights left and right including a poster on one-time MVP Arwind Santos. But on Friday, the 6-foot-7 big man was reduced to a mere spectator.

Talk N’ Text head coach Jong Uichico said that back spasms have sidelined the fun-loving rookie for the the Texters’ game versus GlobalPort.

Tautuaa, though, didn’t enjoy just watching the game from the bench though he it didn’t seem like he was was sorely missed by the Texters in dominating GlobaPort, 107-96.

“I don’t love watching the game, I love playing the game,” Tautuaa said. “I hope to be back as soon as possible.”

Even before getting drafted as the first overall pick of the 2015 Draft, Tautuaa has been on the parquet floor more times than he’s rested being a part of the Gilas team that participated in the FIBA Asia Championships in China where the Filipinos finished at second place behind China.

READ: Tautuaa has no problem coming off the bench: ‘Whatever the team needs’

His back, however, had none of it and Tautuaa admits his body part “has seen better days.”

“All the doctors were advising me not to play,” Tautuaa said. “I haven’t practiced all week.”

Tautuaa has been averaging 14.2 points and 5.6 rebounds per game in his first conference in the PBA.