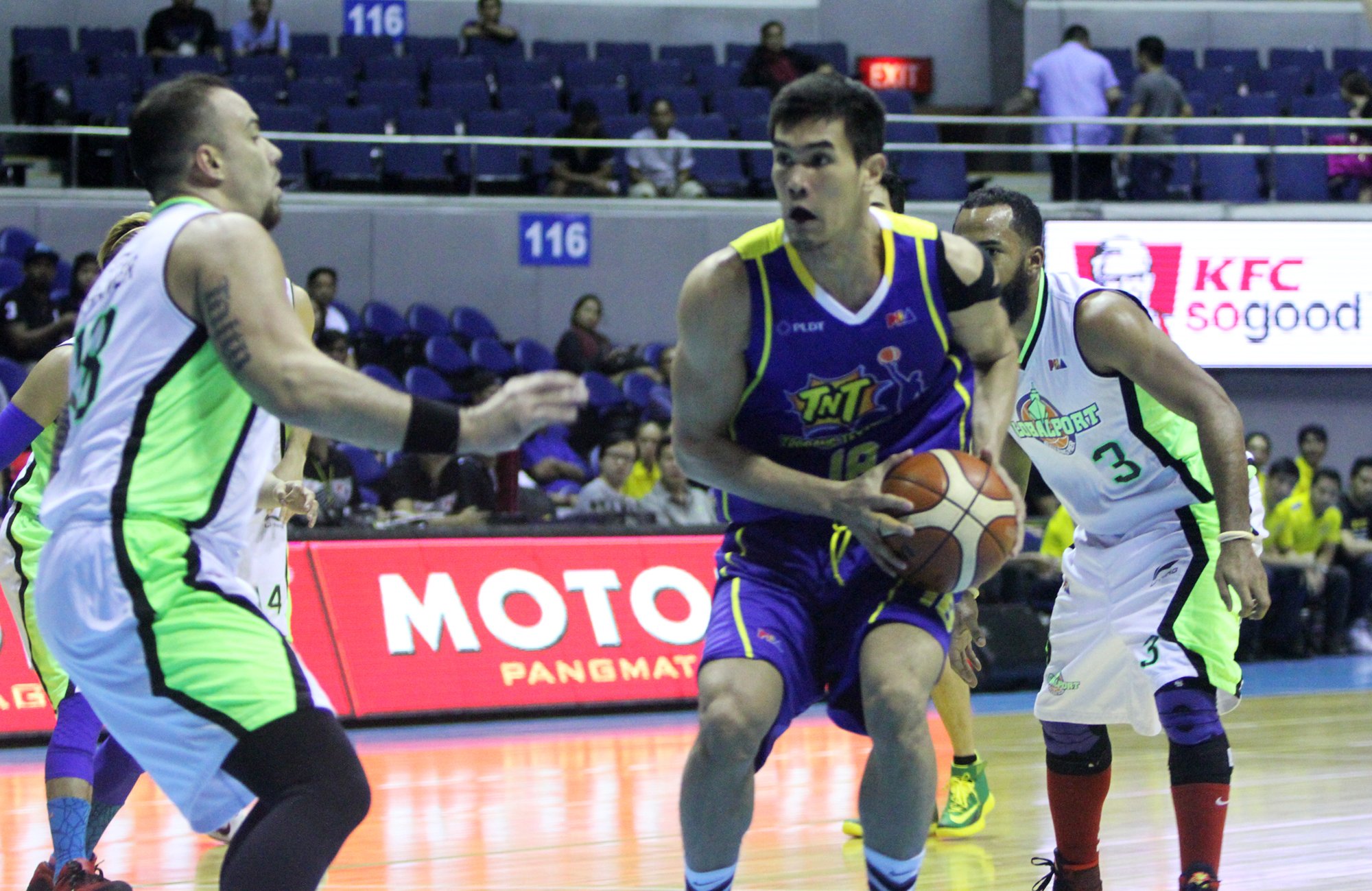 For the longest time Ranidel de Ocampo has been the top power forward for Talk N’ Text but just a game into the Tropang Texters’ Philippine Cup conference campaign, the 11-year veteran went down with an injury.

Good thing for the franchise, a rookie readily stepped up to the plate to fill the gap left behind by the veteran.

Troy Rosario, the second overall pick, was assigned to the starting four position and Talk N ‘ Text has enjoyed a capable replacement for the injured De Ocampo.

And Asia’s best point guard Jayson Castro and fellow rookie Moala Tatuaa knew just what Rosario is made of.

“We know what Troy’s capable of,” Castro said after the Tropang Texters beat Globalport, 107-96. “Every game he’s improving.”

Rosario entered Friday’s game averaging 14.6 points and 6.3 rebounds per game and against the Batang Pier the 6-foot-7 stretch four put up 19 points to go along seven boards.

READ: Sidelined with back spasms, Tautuaa not enjoying being a spectator

Tautuaa, who was initially considered as Rosario’s rival before the draft, wasn’t surprised with his teammate’s abilities.

“That’s Troy, he works hard every game,” Tautuaa said, “That’s what he does, I’m proud of him.”