Playoff appearance not an achievement yet, says Blackwater coach 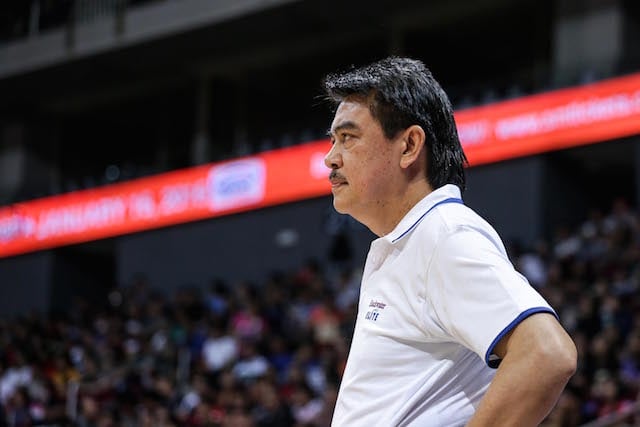 Making its first playoffs appearance, Blackwater head coach Leo Isaac does not want to get too ahead of himself and consider his team’s feat as an achievement.

“We won’t consider this as an achievement yet. For the whole team going to the playoffs, malaking bagay yun. Pero sa akin, di ko pa iko-consider na malaking achievement na nasa ganitong sitwasyon kami,” Isaac said. “Pag dumating yung panahon na Blackwater will be a team to be reckoned with, that’s the time when we can call it an achievement, pero ngayon, hindi pa siguro.”

Advancing to the playoffs for the first time after a 108-99 victory over Mahindra on Sunday, Isaac would rather look at it as one of those steps to the right direction for the Elite.

“As we go into our second year, we’re getting results. From a ragtag expansion team last year, we’re developing into a team that is competing with the top-caliber PBA teams. Hopefully, we can continue with our program to be competitive with the other PBA teams,” he said.

The turnout could also be credited to the change in the Elite’s mindset, investing on the future coupled with character veterans to support the team’s foundation.

“We now have more maturity and some of the players we had have developed to better players. We also got some recruits in Art dela Cruz and Carlo Lastimosa. We just take it one game at a time and see how fast we can improve on our game,” said Isaac. “Magkakaroon na ng continuity ito. Sabi nga namin sa management, pwede na largahan yan at ituloy-tuloy yung programa.”

Despite making it to the final 10, Blackwater still faces an uphill climb in the quarterfinals as it holds a twice-to-win disadvantage against third-seed Rain or Shine.

“We’ll do our very best,” he said. “Considering their lineup, hopefully we can compete with them and see a winning line coming to the final minutes of that game. Maybe, baka maka-isa kami against Rain or Shine.”