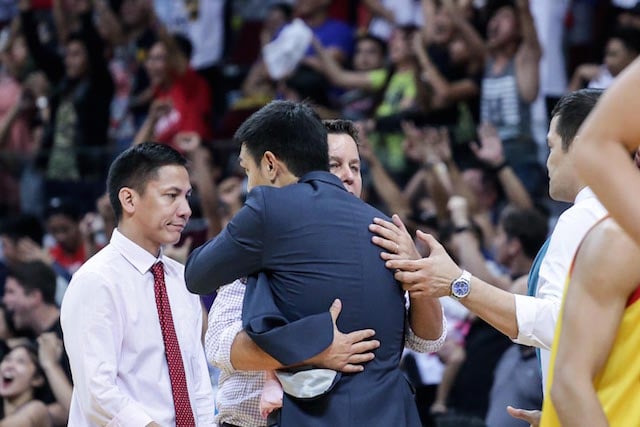 Before the start of the season, Star head coach Jason Webb was given the job of replacing Tim Cone at the helm of the Hotshots bench.

It was somewhat of a gamble for the management in putting in a rookie coach in place of the winningest coach in PBA history, but Webb managed to lead the veteran-laden team to the playoffs with a 4-7 record in his first conference.

Then came the playoffs and the Hotshots were facing Cone and Barangay Ginebra on Christmas day, and throughout the game it looked like the young Webb would take one over the experienced Cone.

Star lost,92-89, in overtime on a buzzer-beating triple by LA Tenorio in an epic game where every point scored in the extra period came off 3-pointers.

A dejected Webb, still teary-eyed from the defeat, said it’s championship or fail for him and after their game, he gave himself a failing mark in his first conference as head coach.

“I don’t think I got a passing grade,” Webb said Friday. “The only passing grade is if you win a championship.”

Cone lauded his former assistant, but he also couldn’t help but feel for Webb.

“I just feel bad for coach Jason, he out-coached me the whole game tonight,” Cone said.