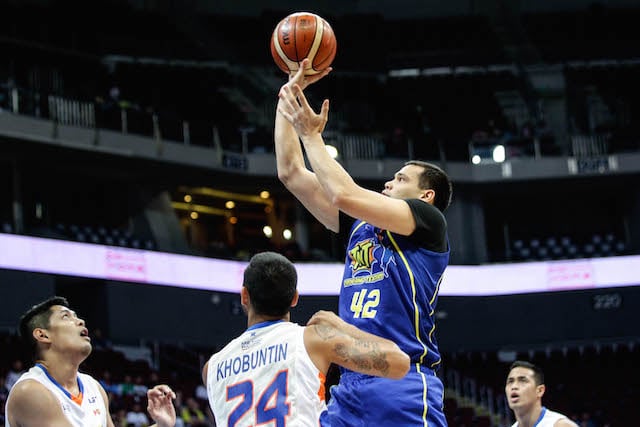 TNT escaped NLEX, 90-88, to advance in the next phase of the 2016 Smart Bro PBA Philippine Cup quarterfinals Saturday night at Mall of Asia Arena.

Troy Rosario scored a team-high 20 points, 11 coming in the fourth quarter, that went with six rebounds while Danny Seigle gave the Tropang Texters a lift with 17 points and seven rebounds in 20 minutes off the bench.

NLEX forward Sean Anthony missed an off-balance shot that would’ve sent the game into overtime as time ran out.

“NLEX is just really tough. they beat us in the elimination round and we barely squeaked past them this time,” TNT head coach Jong Uichico. “We have to play better in the next round.”

The Texters arranged a knockout duel with the Rain or Shine on Monday with the winner moving on to face defending champion San Miguel Beer in a best-of-seven semifinals.

“They played hard and they’ve been there,” Uichico said of the Elasto Painters, who chalked up a hard-fought win over the Blackwater Elite earlier.

Asi Taulava scored a game-high 22 points on top of eight rebounds, two steals and a block while Anthony notched a double-double with 17 points and 13 rebounds for the Road Warriors, who couldn’t replicate their 107-101 victory over the Texters two months ago when the two teams met in the elimination round.