Lastimosa’s 35 not enough to lift Blackwater over ROS 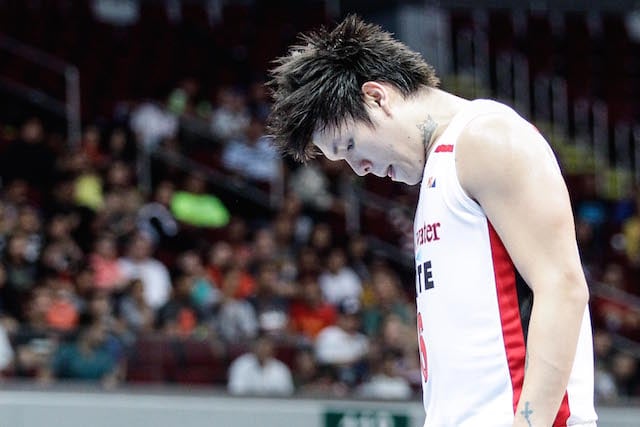 Blackwater guard Carlo Lastimosa chalked up his third 30-point game of the conference after a 35-point outing that pushed Rain or Shine to its limit.

But his offensive outburst all went for naught as the Elite bowed out after a 95-90 loss to the Elasto Painters in the 2016 Smart Bro PBA Philippine Cup quarterfinals.

Despite the heartbreak, Lastimosa said their first playoff trip is something he and his team will learn from and that the experience also gives the team a big confidence boost going into the next conference.

“It’s extremely important, the experience, especially for the team’s confidence coming into next conference,” Lastimosa said Saturday at Mall of Asia Arena. “The management was ecstatic we reached this point but we fell short, so hopefully for next conference we will have a better outing.”

“We’re positive but we’re also sad because we lost because our conference is over,” added Lastimosa, who fouled out with 51.5 seconds left.

Only GlobalPort star Terrence Romeo has as many 30-point games this conference, but Lastimosa, who came just three points shy of matching his career-high of 38, said what’s important for him is winning.

“I don’t really care if I score 30, or five, or 10, as long as we win, it just happened my teammates kept finding me,” said Lastimosa, who had 31 points in the second half. “I got going in the second half, and I had to step up, but we still lost.”