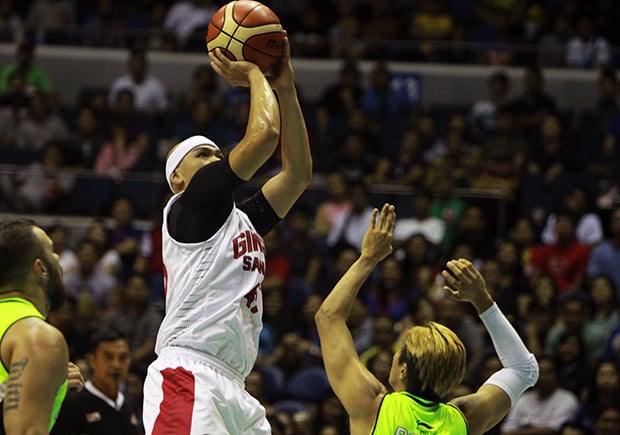 But thanks to a buzzer-beating triple by LA Tenorio in overtime of Ginebra’s epic duel against Star, the Batang Pier will only have a day to prepare for Sunday’s showdown with the Kings.

GlobalPort is on a high after Terrence Romeo’s 33 points led the team to its first playoff win in franchise history after beating Barako Bull, 94-85.

And Jarencio will be counting on him and his backcourt tandem Stanley Pringle once more to steer GlobalPort to the Final Four for the first time.

The Kings are also looking to ride the momentum of their comeback victory over the Hotshots.

“Some of the guys stepped up and just didn’t want to give up and that’s what’s good about our team when we’re helping one another,” said Tenorio. “We’ve been looking for that for a long time. Our chemistry brings out our never-say-die spirit.”

Aside from Tenorio, Ginebra also drew a solid outing from Sol Mercado and Scottie Thompson.

Greg Slaughter, however, was limited to his lowest scoring and rebounding output with only 12 points and four rebounds in the Star duel, and it’s a safe bet that the former Rookie of the Year will be eyeing to bounce back against GlobalPort on Sunday.

That means the undersized frontline of the Batang Pier, bannered by Doug Kramer, Rico Maierhofer, and Billy Mamaril will have their hands full in containing Slaughter and partner Japeth Aguilar down low.

Game time is set for tipoff at 5 p.m., at Mall of Asia Arena with the winner earning a semifinals date with No.1 Alaska.