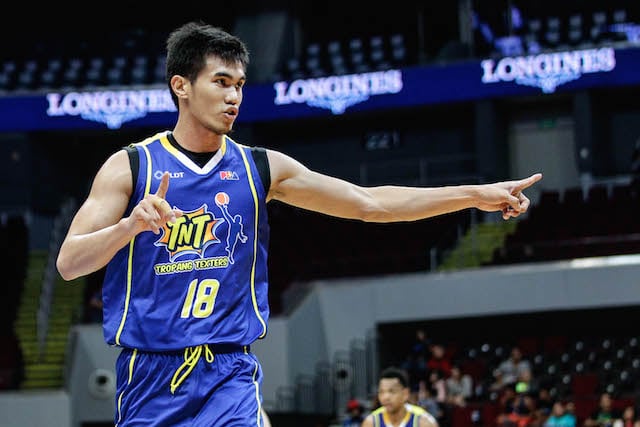 He may be a rookie but second overall pick Troy Rosario is ready to shine under the bright lights of the playoffs.

Rosario played like a veteran as he steered TNT over NLEX, 90-88, with 20 points to go along with six rebounds and the versatile forward had to do it on a bad ankle.

He sprained his left ankle on a drive early in the third quarter, which prompted the Tropang Texters coaches to contemplate whether to use Rosario more down the stretch.

“They kept asking if I can still do it and I would say yes, and they still trusted me even though I was injured,” Rosario said Friday. “All of my teammates were eager to win.”

“When I started the game, I felt as if my hands were heavy, It’s like I didn’t want to take a shot, I was having second thoughts,” Rosario said. “When I went back in the second half I told my self I had to shoot good thing the shots went in and I really want to get back after that horrible first half.”