No protest filed by Ginebra; Commissioner sets hearing for referees 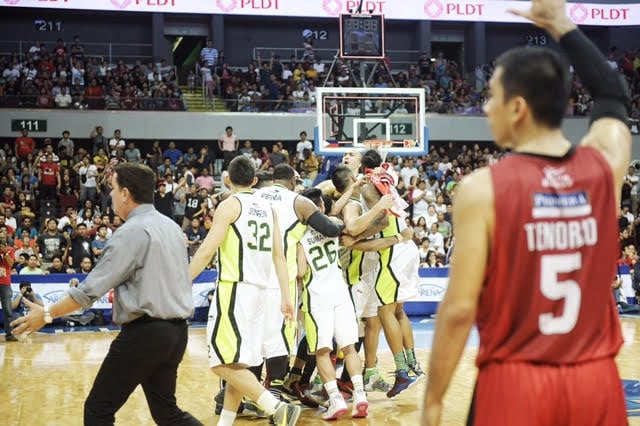 Ginebra is not putting its tight 84-83 knockout defeat to GlobalPort in the PBA Philippine Cup quarterfinals Sunday night under protest.

PBA media bureau chief Willie Marcial said Monday that the Kings’ camp did not file any formal complaint before the PBA Commissioner’s Office as the 12 noon deadline elapsed.

“It was really a tough battle between the two teams, a close one between two playoff contenders. Ginebra really showed its never say die spirit, but when it comes to the games’ outcome, all PBA ballclubs are gentlemen, most especially Ginebra, when they know they’ve already lost the game. This is where the spirit of sportsmanship comes out between our teams,” said Marcial.

But the PBA said it is also going to review the performance of the game officials who oversaw crucial game at Mall of Asia Arena.

In a statement, PBA commissioner Chito Narvasa said the league has scheduled a hearing for the four referees.

“Regarding the officiating and to be fair, we have scheduled a hearing for the four referees tomorrow – December 29 to determine their performance. After that we shall come out with our official action on them,” the statement read.

The commissioner will also convene with all the referees on Tuesday ahead of the semifinals, which will start next year.

Last Sunday’s result booted Ginebra out of contention and sent GlobalPort to its first franchise semifinals appearance, where it will face top-seed Alaska in a best-of-7 series.