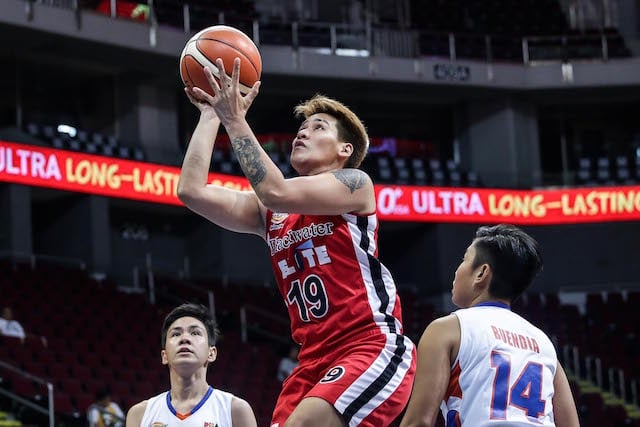 Blackwater and Barangay Ginebra set up a date in the PBA Women’s 3-on-3 Finals after knocking off their respective foes in contrasting fashion Monday night at Mall of Asia Arena.

The Elite and the Gin Queens will square off in a fitting best-of-three duel featuring two undefeated teams.

Their championship showdown begins on the same day Game 1 of the 2016 Smart Bro PBA Philippine Cup Finals will be played.

Blackwater needed overtime to fend off shorthanded yet feisty NLEX squad, 12-10, in the opening game.

In the main game, Angeli Gloriani proved to be a force to reckoned with, pouring eight of Ginebra’s 10 points in a three-point win over Alaska.

Lim and Cabinbin both had five points for the Elite while Camille Sambile got two markers.

NLEX missed the services of Katherine Sandel, but was still able to hang on and force overtime as it recovered from a 10-8 deficit.

Angelica Ortega had two huge buckets down the stretch to knot the score at 10 in the final 2.9 seconds. She also swiped the ball away from Lim’s drive as time expired. Ortega had four points in the defeat.

Gloriani started the game like a house on fire, igniting a 4-0 blast and kept the Aces at bay for the rest of the game.

Mary Joy Galicia added two points for Ginebra, including a game-sealing layup off a costly turnover by Denise Patricia Tiu with 18.3 seconds left.

“We just have to do what we do best, which is play the game that we love. Just play basketball and the win will come,” said Ginebra’s Micaela Bautista.

Both Blackwater and Ginebra have now won all of their six games including a 5-0 record in the elimination round.

Vangie Soriano had six points in the losing effort for Alaska.