Chan gets reminder from daughter to play ‘aggressive’ 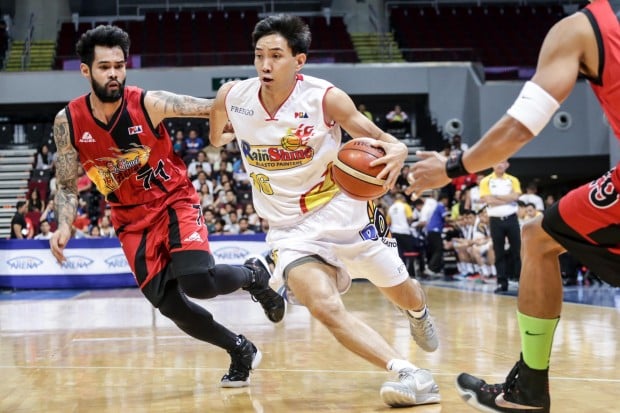 Jeff Chan’s first game in their semifinal series against San Miguel did not go according to his plan.

Rain or Shine’s outside threat never found the mark in Game 1 and he got the scolding from one unlikely source—his four-year-old daughter Aerin.

“Actually my four-year-old daughter scolded me,” Chan said after leading the Elasto Painters in a 105-97 victory over the Beermen on Thursday. “She told me ‘Daddy please take some shots, be aggressive.’”

His daughter’s words ran through him and Chan delivered with 16 points to help Rain or Shine tie the series at 1-1.

“I told her ‘okay anak I promise’ and thank God it worked.”

Chan added the win was a confidence boost for them after they squandered a 20-point lead in Game 1 which they lost 109-105 on Tuesday.

“Last time we led by 20 points so I did not need to assert my play and their zone always put a defender on me,” Chan said.

Game 3 is on Saturday and Chan is expected to be the key contributors for the Elastopainters as they seek a 2-1 series lead.